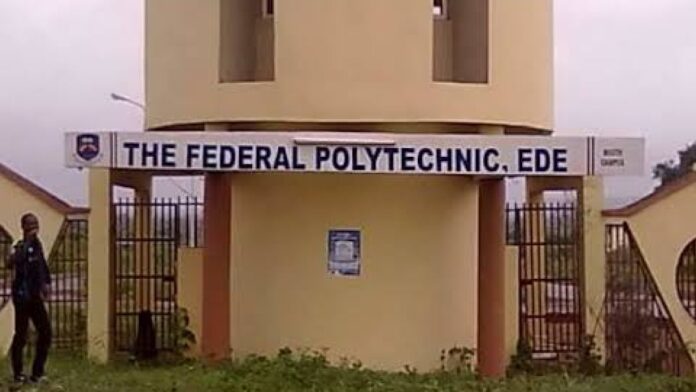 Students of the Federal Polytechnic, Ede, Osun State, have kicked against the action of the management of the institution for shutting down the school following the nationwide #EndSARS protest.

The decision of the management was conveyed to the students in a document signed by the Registrar, Alhaji T. Agboola.

The authorities explained that they decided to suspend academic activities on campus due to the nationwide protest.

The document reads, “This is to inform the generality of students and members of staff that the Rector has directed postponement of academic activities in the polytechnic as a result of the nationwide EndSARS activities that has refused to abate and the need for the polytechnic to put in place good COVID-19 protocols.

“Given this, all students are to vacate the polytechnic campus while those that are residents in the hostel are to vacate their halls of residence on or before noon today, Wednesday, November 4, 2020.”

Reacting to the development, the students through a statement by National Union of Campus Journalists said the decision of the management to shut down the polytechnic was shocking and dissatisfactory.

The statement reads, “The NUCJ Ede chapter frowns at the management over the postponement of academic activities.

“The National Union of Campus Journalist Federal Polytechnic Ede chapter expresses dissatisfaction at the decision of the management to postpone academic activities.

“In a memorandum released last Tuesday night, the management directed postponement of academic activities on campus.

“Recall that students trooped out to show their displeasure at the delay in the commencement of academic activities.

“Ede Poly management has tagged this responsive action as #EndSARS protest and declared that all academic activities be suspended.”

FG approves use of Hijab for female students