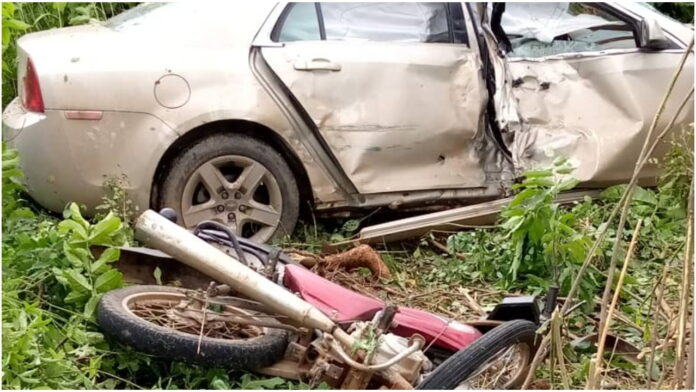 One person has reportedly died while five persons sustained injuries in an accident on Monday in Osun.

It was gathered that the bus with the registration number LSD 549 XX had the accident around 12:20 pm at Iwaraja junction along Ilesa-Akure expressway.

The driver, Felix Olagbemi reportedly lost control of the wheel as a result of a burst tire.

A yet-to-be-identified woman died on the spot, and the corpse has been deposited at Wesley Hospital morgue, Ilesa.

The FRSC spokesperson, Agnes Ogungbemi confirmed the accident, saying the injured victims and the corpse have been taken to Wesley Hospital in Ilesa.

The accidents claimed lives, leaving several injured in the hospital.

Niger, partners to invest over N200m in agric. Sector