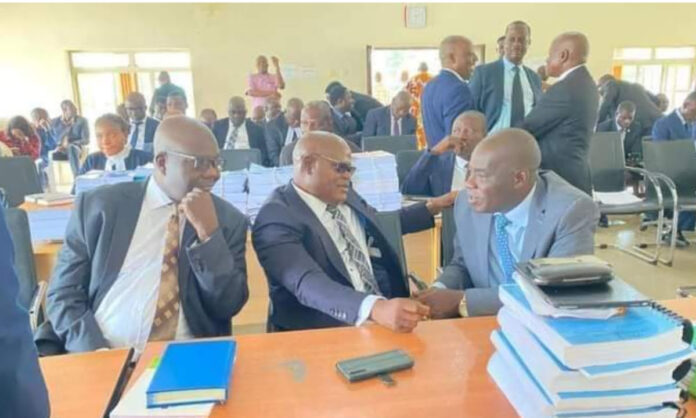 Following the heavy presence of security operatives in the premises, Tribunal commences governorship election at the Osun State High Court on Monday morning.

Reports state that Governor Gboyega Oyetola is challenging the result of the July 16 guber election as announced by the Independence National Electoral Commission (INEC).

Meanwhile, Oyetola had requested to relocate the sitting of the Tribunal to Abuja due to security reasons.

But the President of the Appeal Court had on Friday rejected the request, adding that security agencies in the State had assured the Court of their co-operation and support in enhancing the security of the Tribunal and its sittings.

FG recovers over N120bn from proceeds of crime – Lai Mohamned