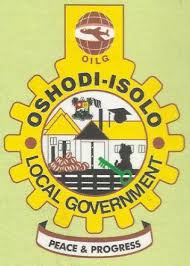 To curb the recurrence of fire disasters caused by gas explosion in Lagos State, Oshodi-Isolo Local Government has held a stakeholder’s meeting with dealers and retailers toward increasing safety measures.

The Media Officer of the council, Mr Babajide Dada, made this known in a statement made available to newsmen in Lagos on Thursday.

According to the statement, the Supervisory Councillor on Environment, Mr Yusuf Adesanya, sensitised gas station owners and retailers on the importance of ensuring adequate safety measures to prevent occurrence of fire outbreak.

“The security of lives and property within the community remains the fundamental responsibility of government which the Bolaji Ariyoh- led administration has been working hard to sustain.

“The issue of gas explosion in Lagos is becoming recurring disaster claiming lives and property which has forced the government to beam its searchlight on the sector, especially the retail outlets, to ensure that safety measures are in place.

“So this interactive meeting with stakeholders is necessary. We don’t want to endanger the lives of residents,” Adesanya said.

Mr Akeem Adeoye, the Head of Department of Environmental Services of the council, said that gas operators’ number one priority should be safety.

Adeoye explained that gas retail outlets operating within the environment not conducive for such, had been asked to either vacate or incur the wrath of the law.

He implored operators to be conscious of safety measures that must be put in place which include fire extinguisher, buckets of sand, Personal Protective Equipment, nose masks and hand gloves.

He also advised on constant check to prevent leakages.

Adeoye warned gas plant owners within the community to ensure there were routine check on facilities with standards being maintained.

Abure expressed concern about measures and standards of operation which the association imposed on members.

He promised that gas plant and retail outlets would continue to strive till the best practices were realised to guarantee safety within the community.

It was reported that representatives of the Committee for Community Development attended the meeting.