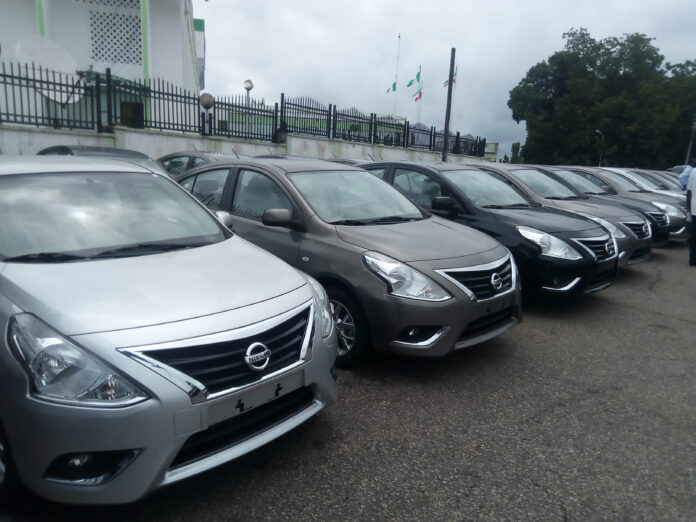 Ortom performed the function at the Government House Makurdi,  maintained that  the decision became  necessary to enhance smooth operations of the local government officials.

He charged the beneficiaries to make judicious use of the vehicles, stressing that he was aware of the difficult terrains in their localities and the need for an effective transportation means.

The Governor reaffirmed his administration’s commitment to supporting local governments in the state to serve the people better.

Responding on behalf of the beneficiaries,

Chairman Association of Local Governments of Nigeria ALGON, Mr. Caleb Abah and Leader Gboko Legislative House, Peter Maaki, all appreciated the Governor for the vehicles and promised to use them for the purpose they were meant for.

Earlier Special Adviser to the Governor Bureau for Local Government and Chieftaincy Affairs, Barrister Kenneth Achabo thanked the Governor for the official presentation of the vehicles and urged the beneficiaries to be spurred by the gesture