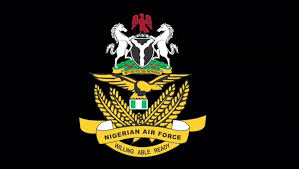 The Land and Air Components of Operation THUNDER STRIKE have neutralized several armed bandits in a joint offensive operation to clear identified bandits’ camp around Kuku area of Kagarko Local Government Area along the Kaduna-Abuja Expressway axis of Kaduna State. The operation was executed yesterday, on the heels of credible human intelligence reports indicating that a cluster of huts and other structures at the location served as hideout for a notorious bandits’ leader, named “Major”, along with his fighters.

He noted that the attack aircraft hit some of the target structures and neutralized some of the bandits.

Enenche said the  second wave of attacks was executed by NAF helicopter gunships which, while continuing to engage the bandits’ location, also provided close air support to the Land Component as they advanced from Kagarko via Kuku into the bandits’ enclave.

This, according to him paved way for the ground troops to overrun and destroy the camp without effective resistance from the bandits.

“A NAF Intelligence, Surveillance and Reconnaissance (ISR) aircraft remained airborne providing situational awareness for the troops throughout the operation,” he assured.

“The Military High Command commends the Land and Air Components for their professionalism and urges them to remain resolute in the conduct of operations in order to eradicate all armed bandits,” he noted.

Furthermore, he said the Armed Forces of Nigeria sincerely appreciates the continued support and cooperation of all well-meaning Nigerians, as it keeps up the tempo of operations to defeat all enemies of the Nation.