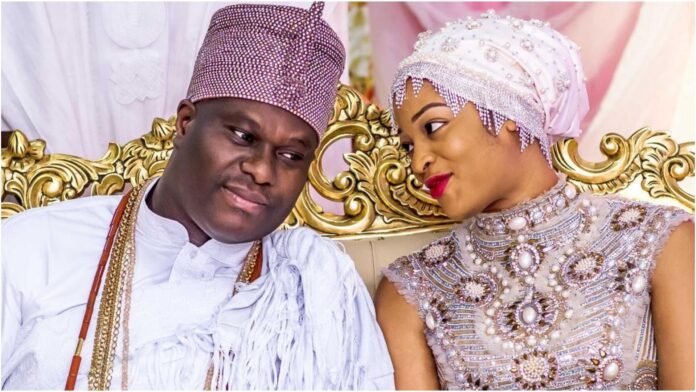 As the 5th coronation anniversary of Ooni of Ife, HRM Oba Adeyeye Enitan Ogunwusi, Ojaja II, approaches, he has been blessed with a Crown Prince at the early hours of Wednesday morning.

This was disclosed in a statement released and signed by the Director, Media & Public Affairs, Ooni’s Palace, Comrade Moses Olafare on Wednesday.

The statement reads as follows, “This is to officially inform the general public that The Almighty Olodumare has blessed the House Oduduwa with a crown Prince as our mother Yeyeluwa, Olori Silekunola Naomi Ogunwusi gave birth to a bouncing baby boy at the early hours of this morning, Wednesday 18th November 2020.

“Mother and child are in a perfect condition.

“Congratulations to the Royal family, the kingdom of Ife(The Source), Yoruba race and the entire descendants of Oduduwa worldwide on the save arrival of this Heir to the sacred throne of the Ooni of Ife.”