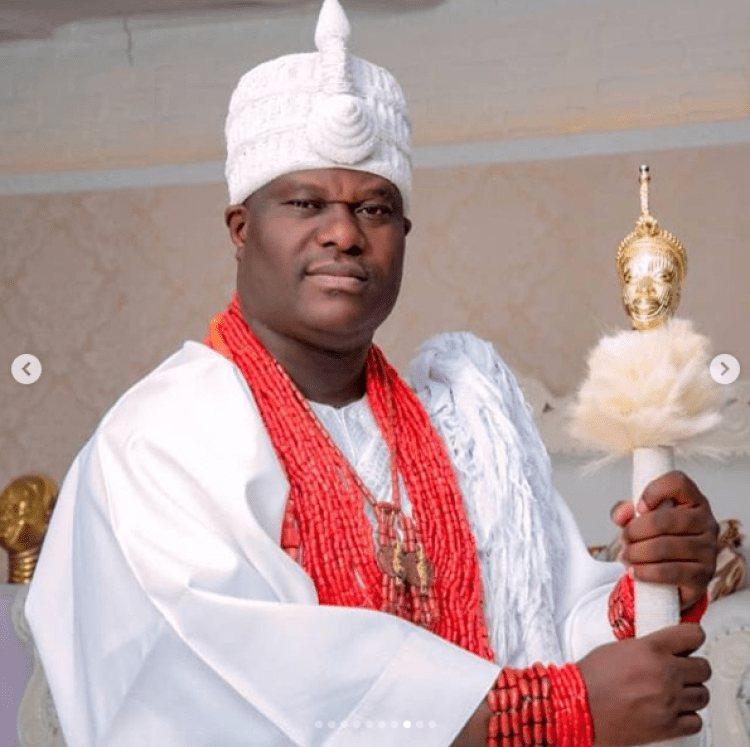 Foremost Yoruba Monarch and renowned philanthropist, Ooni of Ife, His Imperial Majesty, Oba (Dr) Adeyeye Babatunde Enitan Ogunwusi, Ojaja II, has relentlessly propelled the ancient city of Ife towards the path of progress since he received the staff of office.

Leadership, they say, is not about authority, but about influence and empowerment. Ooni of Ife has remained true to this definition. Since he ascended the throne of his fathers in 2015, he has continued to wield his influence to engender peace, unity, and progress.

Born on the 17th of October 1974 to the family of Oluropo and Wuraola Ogunwusi of the Giesi Royal House, Agbedegbede Compound in the ancestral home of Ile-Ife, he is the 51st Ooni to steer the ship of Ile-Ife.

As a global custodian of culture, the Ooni has given Ile-Ife a spectacular facelift, redesigning and transforming the ancient city into a tourist attraction.

He has confidence in the potential of tourism in Nigeria, especially in the aspects of culture and history.

As part of his efforts to foster peace among Africans in Diaspora and reunite the descendants of Yoruba race, he visited Brazil and named Bahia, a city in Brazil, the headquarters of Yoruba Nation in America.

Oba Adeyeye has been described by many as a peace-loving king and an astute entrepreneur driven by the need to turn impossibilities to possibilities.

The Ooni who is an advocate for peace, unity, and progress re-wrote history when he became the first Ooni to visit Oyo town since 1937, reuniting the two kingdoms and silencing the alleged enmity between the two regions.

Apart from that, he also made moves to quell the age-long feud between Ife and Modakeke. These actions reveal that Oba Ogunwusi is committed to unifying the Yoruba land.

He extends helping hands to other tribes too. For instance, during the heat of the COVID-19 pandemic, he donated fumigators to Delta, Edo, and Kaduna State.

The Ooni has not ceased to convey his support for the empowerment and emancipation of women and youths. He has awarded scholarships to over 270 secondary school students across the Southwest.

He tirelessly advocates for the less privileged and has often stretched forth a hand of kindness through his foundation, Hopes Alive Initiative.

Worthy of note is the Ooni of Ife Global Outreach (OIGO), a global mission of Oba Enitan in the United Kingdom as a catalyst for possibilities.

OIGO focuses on trade development, investment opportunities, unleashing technology and innovation of young people, delivering new scientific collaboration and international education cooperation and knowledge sharing, transforming Agriculture as economic tipping-point for younger generations of black communities and putting cultural reconstruction at the centre of the burner as a new wave of economy empowerment.

Before he became the Ooni, he had formal training in accountancy and real estate and has recorded remarkable successes in the two sectors, including the development of more than 2, 500 housing units.

Also, the Ooni is a winner of multiple awards such as Honorary Doctorate in Public Administration at the Ekiti State University in 2018, The Tell Man of the Year in 2017, Grand patron Joseph Ayo Babalola University (JABU) 2017,  Oodua Business Ambassador Award in 2016, Prestigious Congressional Recognition award at the Congressional Black Caucus reception, 2017 independent bridge-builder by the independent management team, The Africa Travel 100 Award, prestigious awards of Trek Africa Newspaper 2020.

His giant strides and commitment to engendering peace and progress are proof that Oba Enitan Ogunwusi is an embodiment of a true leader.

Within the period he mounted the throne, Ooni Adeyeye Enitan Ogunwusi (Ojaja II) has demonstrated through his wisdom, commitment, and achievements that he is a symbol of unity and progress.

Looting of COVID 19 palliatives warehouses: My father is not Nigeria’s problem – Zahra Buhari