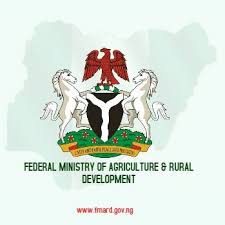 The Federal Ministry of Agriculture and Rural Development have said that Ondo State will benefit from the 200 million dollars World Bank Livestock Productivity and Resilience Project (L- PRES).

The Minister of Agriculture and Rural Development, Alhaji Sabo Nanono, made this known on Thursday in Akure, the Ondo State capital.

Nanono, who was represented by a Deputy Director in the ministry, Franklin Olonimoyo, explained that the projects would create 5,000 direct jobs in all the selected states.

He said it was specifically designed to grow piggery, poultry, and goat and sheep productions, increase human protein in takes and add more value to production chains.

According to him, the project is also designed to improve livestock productivity as well as the resilience and commercialisation of selected value chains in order to strengthen the country’s capacity to respond to any possible crisis or emergency.

The minister said that the essence of coming to the state was to familiarise all the stakeholders, technocrats, farmers and processors with the objectives of the project in order to ensure its success.

He commended the state government and the ministry of agriculture for their excellent performance in previous World Bank and the Federal Ministry of Agriculture and Rural Development-sponsored and assisted projects.

The minister advised the ministry of agriculture to sustain the existing cordial relationship between the state and the international organisations and donor agencies.

“Ondo was selected as one of the 12 states and the FCT to benefit from the pilot edition of the project in Nigeria because of its outstanding performance in previous projects and human relationship with the World Bank and the Federal Ministry of Agriculture and Rural Development.

“I believe that Ondo is at the threshold of attracting more projects that will change the landscape and the lives of the people of the state,’’ he said.

Responding, the state Commissioner for Agriculture, Mr. Adegboyega Adefarati, commended the Federal Government and the minister for selecting the state as one of the beneficiaries of the L-PRES project.

Adefarati attributed the selection of the state to the commitment of the Gov. Oluwarotimi Akeredolu-led administration to develop the agric sector in the state.

“Apart from these projects, Ondo State is currently implementing the Livelihood Improvement Family Enterprises in Niger Delta (LIFE-ND), which is going to create, at least, 4,000 and 20,000 direct and indirect jobs respectively by 2026.

“Also, the Food and Agriculture Organisation (FAO) is granting the state 2.5 million dollars from Global Environmental Financing (GEF-7) food systems to support cocoa and oil palm productions in the state.

“Consequently, the state’s irrevocable commitment to the success of these projects counterpart fund of L-ND, amounting to N80 million, had been paid, while that of L- PRES has been included in the 2021 project,’’ Adefarati said.

Also speaking, Mr. Kunle Sanni, the Permanent Secretary of the ministry, said that members of the team put in place to implement the L-PRES project would not betray the confidence reposed in them.