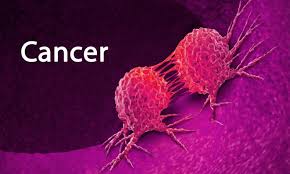 Mohammed gave the advice during a Valedictory Lecture in honour of Prof. Lawrence Chukwuma Chiedozi, a Professor of Surgery in Igbinedion University Okada (IUO) on Wednesday.

He said the lecture titled: “Reducing the Scourge of Cancer” was apt as there was need to be informed on how to eliminate cancer mortalities in the country.

He defined cancer as “a malignant growth or tumour resulting from an uncontrolled division of cells.

“By 2030, 85 per cent of all cancer deaths may be occurring in low-middle income countries.

“The increase in cancer mortality is largely due to delay in accurate diagnoses, lack of awareness about cancer and potential value of therapy, lack of access and ability to deliver potentially curative therapy and abandonment of therapy,” he said.

“Now is the time to convene civil society across health fields to build coalitions and joint campaigns around cervical cancer.

“Now is the time to politically drive action at national levels and to partner with governments to share information on cervical cancer and the risks and opportunities to intervene,” he said.

Earlier, Prof. Lawrence Ezemonye, the Vice Chancellor of Igbinedion University Okada described Prof. Lawrence Chiedozi, a Professor of Surgery in IUO as a great man with many achievements.

“This great university has produced men and women of honour through the knowledge of Prof. Lawrence,” he said.

Responding, Chiedozi thanked the management of the University for showing him love while in service.

“I see this great university moving to greater heights, ” he said.