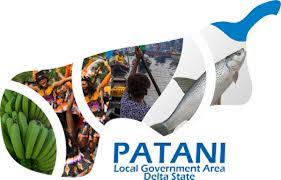 He said on Monday in Patani that that the items were meant to assuage the sufferings of the people of the area as a result of the flood, which had ravaged some parts of the country, with the area badly affected.

Guanah, who was represented by Mr Joseph Ekiyor, the Chairman of the All Progressive Congress (APC) in the council area, said that the presentation of the relief materials was a way of identifying with the people in their present condition.

He put the total losses in the council area at more than N500 million in farm lands, fishing nets, fishing traps and household property.

Guanah, a former Commissioner for Lands and Survey in Delta, called on the state government and the Niger Delta Development Commission (NDDC) to open up the several culverts currently under construction on the Patani/Uzere road.

This, he said, would make flow of water easy, thus prevent flooding and save the area from further disaster.

“It is time for the federal and state government as well as the NDDC and the ecological funds office to take urgent steps to address the coastal erosion problem in Abari community.

”This is devastating and Abari community may be completely washed into the river, if no urgent action is taken,’’ he said.

The aide also stressed the need for the construction of foreshore walls and embankments in the communities by the river to forestall recurrent flooding.

Responding, the Chairman of Patani Local Government council, Mr Perez Omoun, commended Guanah’s gesture, saying that he had never relented in supporting the people anytime he was called upon.

He promised that the items would be equitably distributed to the affected persons and advised relevant government agencies to urgently address the coastal erosion issue in Abari.