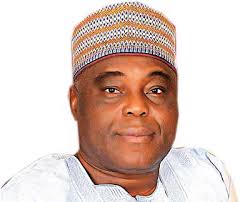 Gov. Ifeanyi Okowa of Delta has felicitated the Chairman of Daar Communications Plc, Chief Raymond Dokpesi, on the occasion of his 69th birthday.

Okowa, in a statement issued by his Chief Press Secretary, Mr Olisa Ifeajika on Monday in Asaba, said Dokpesi’s pioneering role in Nigeria’s broadcast industry was inspiring and legendary.

He described Dokpesi as an outstanding patriot, detrabilsed Nigerian, shinning statesman and exceptional entrepreneur, who had inspired others to succeed in many endeavours.

“On behalf of the government and people of Delta, I congratulate a great patriot and statesman, the indomitable High Chief Raymond Dokpesi, on the occasion of his 69th birth anniversary,” the governor said.

According to him, Dokpesi remains the scion of private broadcast media in Nigeria, with his founding of RayPower FM in 1994 and Africa Independent Television (AIT) in 1996.

“As a government, we identify with your unparalleled commitment to the defence of our democracy and national cohesion, even as you have used your media to promote the rule of law and fundamental rights of citizens.

“We salute your rather rare personality, which you have, in many ways, demonstrated, showing that the true essence of statesmanship lies in applying its values to the benefit of others and not self.

“You have also shown that one can get to the very pinnacle and still remains humble and dedicated to service.

“I join your family, members of staff of your media outfits, political associates and well-wishers to celebrate with you on this auspicious occasion.

“It is my prayer that God will continue to bless you with good health and sound mind to remain in service to our nation and humanity,” Okowa said.