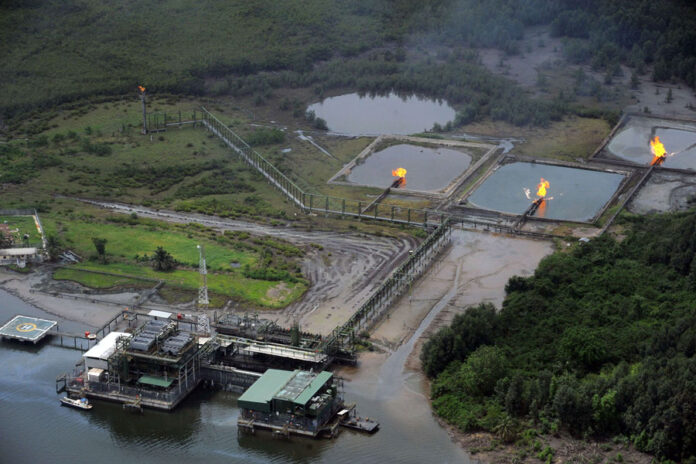 Dynamics of global oil prices put critical concerns before Nigeria, particularly with the Country having oil as the mainstay of her economy. Market realities on Wednesday, August 03, 2022, revealed the prices of many crudes, including Nigeria’s Bonny Light, bounced back to over $100 per barrel in the global market as the Organisation of Petroleum Exporting Countries, (OPEC) and its allies, begin their meeting in Vienna, Austria. The rise in prices was reportedly fueled by expectation that the meeting of OPEC and its allies would culminate in determining the group’s production strategy for September 2022 as well as adoption of other measures, capable of achieving stability in the volatile global oil market. Consequently, the price of Bonny Light rose to over $100 per barrel, from $99 while the price of Brent rose to $101.8 per barrel, from $98 per barrel.

Market reports revealed that until last week when the prices of many crudes crumbled, due mainly to the negative data from China, which gave impression that the demand for crudes was easing, the prices had consistently risen, due to some factors, particularly those having to do with the reopening of major economies after the Coronavirus lockdown, Ukraine-Russian war and European Union ban on Russian oil. May 29 report revealed the price of Nigeria’s Bonny Light rose to $141.4 per barrel, in the global market, apparently the highest in recent times. The reality had showed $79.4 per barrel increase over Nigeria’s $62 per barrel budget 2022 benchmark, which was also based on 1.8 barrels per day, including condensate. The market situation was attributed to a disruption in supply following moves to ban Russian oil by the European Union and increasing demand around the world. June 14, the price of Bonny light, was at $126 per barrel.

Following the rise, experts have observed the relatively upsurge in  price of oil reflecting positivity that will go a long way to swelling inputs into the Excess Crude Account (ECA). However, this also mean the government will spend more to import petrol for domestic consumption.

Despite the rise in the price of crude, the reality of same may be challenged by a number of factors which may affect accruals. Key among these has been the subject of oil theft. Issues bothering on dwindling records in crude production output of the Country, as Nigeria recently began to suffer difficulties to meet 1.772 million barrels per day quota of OPEC has become a subject of concern due to increased strains of oil theft, pipeline vandalism and illegal refining in the Niger Delta.

Amidst the strains of sabotage, report revealed Nigeria’s oil production, including condensate, dropped Year-on-Year (YoY) by 14.3 per cent to 1.4 million barrels per day (mbpd) in the first half (January – June) 2022, from 1.6 mbpd in the corresponding period of 2021, according to the Oil Production Status Report of the Nigerian Upstream Petroleum Regulatory Commission, (NUPRC). The oil output also dropped Month-on-Month (MoM) by 23 per cent to 1.3 mbpd in June 2022, from 1.7 mbpd, recording in the preceding month, May 2022. This showed about 400,000 barrels per day (bpd) shortfall against the 1.88 mbpd, output benchmark in the 2022 budget.

The shortfall notwithstanding, there remain indications that the Country stands the chance to be at an advantage of profound accruals from earning as the price of her Bonny Light has been hovering at over $100 per barrel in the past few months as against $62 budget benchmark.

This would, however, demand firm management of the system, and concerted strategic measures to address the prevailing strains. Shell Petroleum Development Company (SPDC), in a recent briefing, had observed that “most oil spills in the Niger Delta continue to be caused by crude oil theft, the sabotage of oil and gas production facilities, and illegal oil refining, including the distribution of illegally refined products. In 2021, all the spills caused by sabotage and theft that were recorded by Shell globally, were in Nigeria. The number of these spills decreased to 106 in 2021 from 122 in 2020, while the volume of these spills increased to 3.3 thousand tonnes from 1.5 thousand tonnes in 2020. Shell companies in Nigeria believe that the number of incidents in 2021 continued to decrease because of sustained security deterrence and surveillance.

“The doubling of the spill volume was mainly because of a single incident, accounting for around 2.3 thousand tonnes of crude oil. The incident resulted from sabotage to a wellhead where the oil flow had to be stopped before any repairs or recovery could take place. At the site, the wellhead slot and a natural containment area prevented the oil spill from spreading and therefore more than 90 percent of the oil was recovered and returned to the system,” the Company had noted.

Commenting on the ugly trend recently in June, the Group Managing Director of the Nigerian National Petroleum Corporation (NNPC) Limited, Mallam Mele Kyari, was quoted, “As we speak now, there is massive disruption to our operations as a result of the activities of vandals and criminals along our pipelines in the Niger Delta area. This has brought down our production to levels as low as we have never seen before. Today, we are doing less than 1.15 million barrels per day simply because some criminals decided that they should have some infractions on our pipelines. That is clearly the biggest form of business disruption that we are facing today.” Similarly, the Nigerian Upstream Petroleum Regulatory Commission (NUPRC), had disclosed that about $3.27 billion worth of oil has been lost to vandalism in about 14 months. The Chief Executive of NUPRC, Engr. Gbenga Komolafe, was quoted, “A major consequence of this nefarious activity is the declaration of force majeure at Bonny Oil & Gas Terminal, BOGT and shut-in of wells from fields evacuating through the Nembe Creek Trunk Line, NCTL and the Trans Niger Pipeline, TNP. A consequential effect of this menace is that the nation only achieved about 60 percent compliance with Technical Allowable Rate, TAR and 72 percent of its assigned OPEC quota. The challenges that stem from this issue include, threat to national and energy security; Erosion of global competitiveness and ease of doing business; Rise in unemployment across the industry; Increase in conflicts due to proliferation of arms; Widespread HSE and community concerns etc.”

Putting in place measures to check against oil theft and its associated sabotage have become important for Nigeria to escape the strains of shortage in production output below the quota given to her by OPEC. Continuous initiatives to prevent and reduce spills caused by theft or sabotage of oil facilities, particularly in the Niger Delta, is pertinent. Efforts must be made to  ensure sustained security deterrence and surveillance; introduce stronger anti-theft protection mechanisms for key infrastructures, such as well heads and manifolds to help deter theft; sustained on-ground surveillance of  areas of operations of oil firms, including  pipeline network, to mitigate third-party interference; and developing a formidable system of response to ensure that spills are detected and responded to with alacrity. Hence, stringent measures for systemic firmness to curb the menace of oil theft and sabotage must be instituted, while addressing, strategically and intelligently, the informing factors of the menace. These measures are pertinent to ensure the nation maximise the benefits of the positives in rising global oil prices.