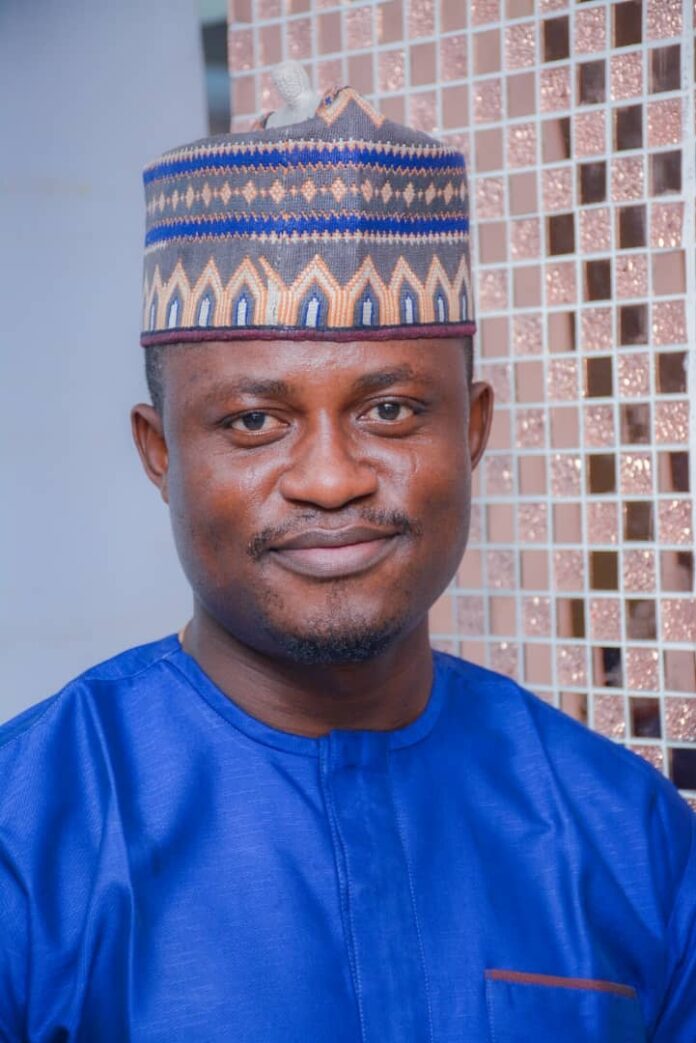 In this interview by Bankole Taiwo, the Special Assistant to Gov. Dapo Abiodun on Youths and Sports, Comrade Olamide Lawal speaks on why the youths in the state are mobilising for another term of four years for Gov Abiodun as well as the presidential aspiration of Asiwaju Bola Ahmed Tinubu. Excerpts:

What is your assessment of Gov. Abiodun’s administration especially in the area of youth and sport development?

The circumstances through which we came on board was a very toxic one, in fact, it takes the capacity of a naturally endowed personality of Gov. Dapo Abiodun to turn things around for the good of the people. The youths in the state have never had it so good, because this is a government that revolves around development and prosperity of the youths. It is a government that prioritises youth engagement in the building of our future together agenda, as espoused by Gov Abiodun. The Governor has also ensured that youths who are thriving in their endeavours are recognised to serve as motivation to others. You can see youths who have done themselves proud in their academic and other endeavours getting automatic employment, mouth watering cash gifts among others. The Governor, as a way of combating unemployment in the state launched the job portal where the unemployed and even the under-employed could log in to, upload their profile and credentials with a view to securing job. The Governor also sponsored a bill to ensure that companies recruit a certain percentage of people from their host communities. It is our youth that will benefit from this kind of policy. Look at the recently flagged off Special Agro-Processing Zone investment with first phase gulping $400M providing over 10,000 direct and indirect jobs. The people to benefit here most are the youths. This is a purpose driven government. In the area of sports, the Governor has not relented. For instance, in each of our local government, we now have officers for youth and sport development and their major duties are to help identify youths with potentials and then bring them up to us for further training. Some potentials for swimming were brought to us from Ogun Waterside Local Government and they were exposed to series of training. Now, they are bringing us medals and I am sure that, for the Sports Festival coming up in Delta in December, they will perform well too. As a sports loving Governor, he has also repaired the two stadia at Abeokuta and Ijebu Ode while others are ongoing. The Governor also bidded for the 2024 Sports Festival and this I am sure we shall win to further take the youth and sport development to another level in the state. The Governor has done so well in all the sectors, be it health, education, housing, infrastructure, agriculture, name it… in terms of political appointment, you can see the youths everywhere, you can’t but marvel at the number of youths on political appointment serving under Gov Abiodun. He is no doubt a great leader, a very loving father and coach who believes so much in the future of the Nigerian youths. I really can go on, and on. He is a mentor to millions of youths there. He has picked some of us from nowhere and with the help of God made us who we are today. The Governor is the type who made possible what many had thought to be impossible. In short, Gov. Abiodun is a father figure to the youths in the state.

As one of the leaders of the youths in the state, how will you describe the support of the youths for the second term bid of Gov. Abiodun as well as the presidential aspiration of Asiwaju Bola Ahmed Tinubu?

By the grace of God and benevolence of our governor, Prince Dapo Abiodun, I am the Assistant Secretary, Youth Mobilisation, South West of the APC Presidential Campaign Council, that is to tell you how loving the Governor has been to the youths. Recently, the National Youth Council in the state and many other youth groups visited the Governor to applaud him for his good works and also pointed out what they still want from him as their father, and the Governor has always been a listening father. The youth of the state too have always exhibited traits of Omoluwabi and that’s why during the #EndSARS protest, there wasn’t any incident of destruction or act of vandalism by our youths, and to tell you that the youths of the state are quite on the same page with the Governor, there has never been a reported case of hostility from the youths to the Governor. In February this year, the youths came out in their thousands for a walk for the Governor, about two weeks ago too, the state was shut down with another walk across some areas within Abeokuta metropolis, you can see this strong bond the youth is having with this administration and as a measure of our appreciation to the unparalleled love the governor has for us, we have conservatively promised to rally 700,000 votes for the governor’s re-election. Do not forget that the youths constitute about 70 per cent of the voting population and because the Governor has been a father figure to us, he has been running a youth oriented administration that has created a sustainable path for the youths in the state to thrive. The mobilisation for the success of his second term has been very massive and we have that assurance that it will surely end well. It is just a way to appreciate the Governor for the good job he had been doing. And for our president in waiting, Asiwaju Bola Ahmed Tinubu, our target is at least one million votes. He is a political leader who we believe will work for further upliftment and enhanced prosperity of the Nigerian youths.

What is your office doing to orientate the youth vis a viz staying off crime and not getting engage in political violence as another election is around the corner?

The Governor has shown a lot of examples for the youths to know that violence is never the path to toe for anyone. We are all aware of how the Governor came into power with so much attacks from those that ought to stand by him. The Governor has never retaliated even after winning the election, he has always taken the attacks as, may be price to pay for leadership and move on, so, who do you now say you want to take after with your violence posture? Violence doesn’t pay, it cuts lives of the people short and that is why the youths have always been advised to stay off  such terrible path. Gov. Dapo Abiodun is the type that doesn’t condone lawlessness. Just last week, during the senior police officers training held at June 12 Cultural Centre, Gov. Abiodun urged these enforcement agents to deal decisively with anyone that wants to disturb the peace of the state and the country at large under whatever guise. The Governor has never joked with the security of the state, so, let no youth be deceived. Elections or no election, nobody should think violence is an option.

Before the coming on board of Gov. Abiodun and now, what do you think has changed?

And the opposition of the former Governor, Sen Ibikunle Amosun does not threaten you?

That’s life for you, everyone may not like your face but once the majority are on your side, the job is sealed.