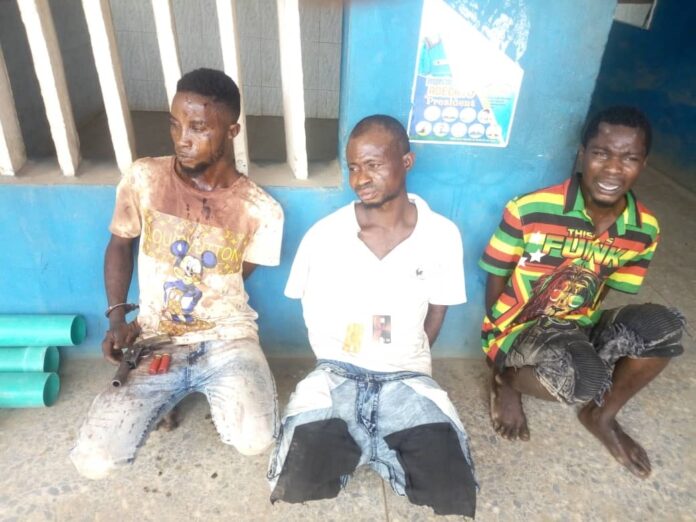 According to statement from the Spokesman of the state police command, DSP Abimbola Oyeyemi, on Sunday, the suspects were arrested last week Thursday following a distress call received by the police at Onipanu divisional headquarters at about 9:30 pm that robbers have invaded Iju Love bus stop and tipper garage, wielding dangerous weapons and dispossessing people of their valuables.

Upon the distress call, the  DPO, Onipanu division, CSP Bamidele Ishola Job was said to have mobilized his patrol team to the scene and engaged the robbers in gun duel.

The statement stated further that due to the superior fire power of the police, the hoodlums took to their heels but one of them was arrested at the scene.

One Tosin Ajayi was reportedly matcheted on the head by the hoodlums but had since been taken to the hospital by the police for medical treatment.

Items recovered from the alleged armed robbers were one cut to size locally made pistol and two live cartridges.

Meanwhile, the Commissioner of Police, CP Edward Awolowo Ajogun has ordered the transfer of the suspects to state criminal investigation and intelligence department for discreet investigation while also appealing to general public not to allow cultism to fester in their area due to its inimical effect to the growth and development of the society.