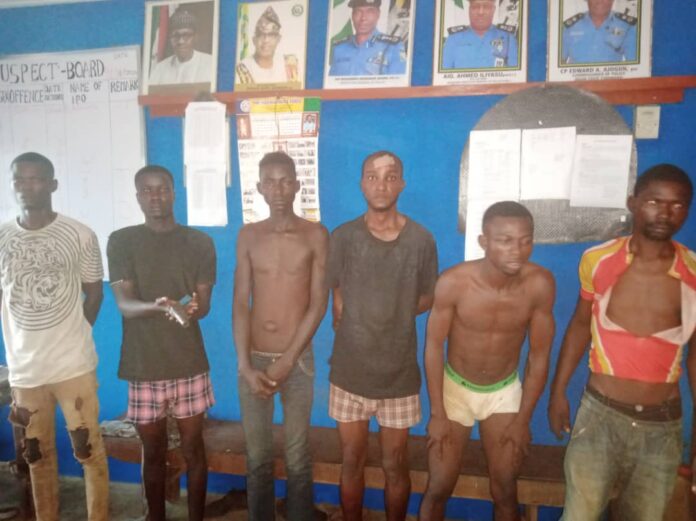 According to statement from the Police Public Relations Officer for the state command, DSP Abimbola Oyeyemi, trouble was said to have started when when four of the alleged cultists who lived at Ikorodu, Lagos State came to demand from the two other living at Odogbolu why the gun they helped to procure had been unserviceable.

The police explained that investigation had revealed that the four alleged cultists based in Ikorodu had contracted Samuel Olaniyan who lives at Odogbolu to purchase a locally made pistol for them but the gun had not been working, hence they came with full force to deal with him for betraying their trust as members of same cult group.

The statement disclosed further that this misunderstanding had made the six cultists to turn against one another and that it was in the midst of the scuffle that distress call was made to Odogbolu division after which the DPO, SP Awoniyi Adekunle quickly led his men to the scene where the six suspects were apprehended.

Recovered from them were one locally made pistol and two live cartridges.

Meanwhile, the Commissioner of Police, CP Edward A. Ajogun has directed that the suspects and exhibits be transferred to the State Criminal Investigation and Intelligence Department for discreet investigation with the view to charge them to court on conclusion of the investigation.