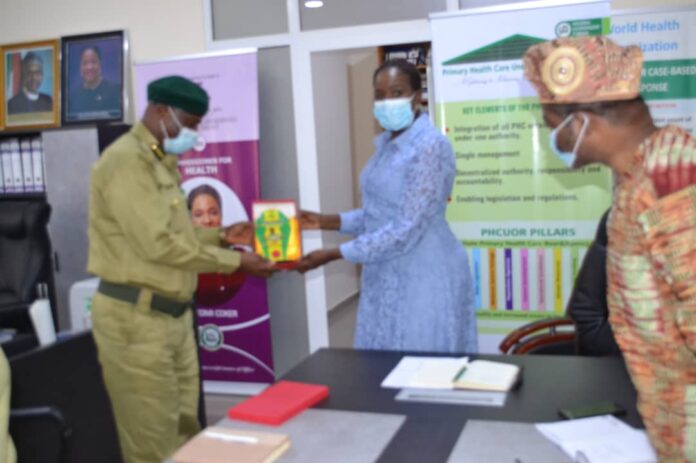 In its bid to ensure that provision of qualitative and affordable healthcare cut across all quarters of the State, the Ogun State Government has said that plans are underway to collaborate with the Nigerian Correctional Service (NCS) on the provision of medical services for inmates in correctional facilities across the State.

The Commissioner for Health, Dr. Tomi Coker, according to statement from her Media aide, Femi Onasanya, made this known during a courtesy visit of the leadership of Nigeria Correctional Services, Ogun State Command in her office in Oke-Mosan, Abeokuta.

The Commissioner said that government facilitated Covid-19 testing, treatment and counseling for inmates across the three Senatorial Districts, saying correctional facilities were identified as part of places where a surge in Corona virus cases could occur.

She said the Prince Dapo Abiodun-led administration had put in place structures for affordable and qualitative healthcare for all residents of the State, adding that inmates in all correctional facilities would also benefit from government’s policy thrusts on health since they are categorised as being vulnerable.

“Majority of the inmates correctional facilities in the State are our citizens. We have to ensure that while they serve their terms, the issue of health is also well attended to. The big picture is for us to have standard and well-equipped Primary Health Center across the Local Government Areas which would cater for people at their localities. Many of these are in close proximity to correctional facilities, “Coker said.

The Commissioner assured that the State government would ensure that HIV tests and treatment will continue to be free for all inmates, reiterating the commitment of the government to collaborating with the NCS on Health Days.

Speaking earlier, the Comptroller of Corrections, NCS, Ogun State Command,  Mojeed Olaniran, lauded the present administration for the creative approaches it adopted in containing the Covid-19 pandemic in the state, noting that the efficient management of the health sector in Ogun is second to none.