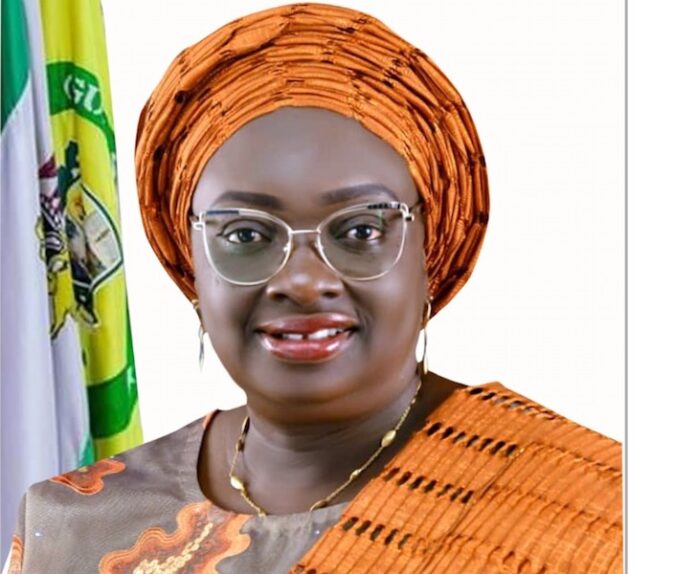 Ogun State Deputy Governor, Engr. Noimot Salako-Oyedele has charged women groups to build a coalition of women who can go out and make positive change in the society, most especially in the political terrain.

The Deputy Governor who stated this, while playing host to members of the100 women lobby group in her Oke-mosan office, said there was need for more women to participate in the political process as that is the only way they can be considered relevant in governance.

“His Excellency, Prince Dapo Abiodun is committed to the development of the female gender and he is keen on educating the girl child, the state government has done a lot of youth and women empowerment to ensure that they are in better position to support their families and develop generations to come,” she said

Engr. Salako-Oyedele added that the state government has domesticated the violence against person prohibition law in the state, noting that issues on gender based violence and child abuse is to be totally eradicated in the state, as government continues to educate citizens of the state, on the ills of engaging in such acts particularly in the rural areas.

On equal participation in governance, she said it is one thing to want affirmative action and another to have a available manpower to execute such affirmation, adding that anyone that doesn’t understand the needs of the people cannot suit a political office.

Earlier in her remarks, the state coordination of 100 women lobby group, Prof. Olubunmi Ashimolowo, said the organisation is working towards improving the participsation and role of women in politics and governance, towards achieving the 35% affirmative action at all levels.

She said though political participation is found to be liberal and restrictive however research has shown that women who constitute more than half of the Nigeria’s population continue to suffer marginalization and discrimination.

Meanwhile, Ogun state Government has assured of its continued support to security and Para-military agencies in their operations in the State.

Engr. Noimot Salako-Oyedele gave the assurances during a courtesy visit by men of the Federal Road Safety Corp, FRSC led by the Sector Commander FRSC Ogun State to her office.

Responding, the Sector Commander, Ogun State, Corps Commander Ahmed Umar said the visit was not only to introduce himself but to also show appreciation for love warmth and support the Corp has enjoyed more so the recent donation of motorcycles and crash helmet to ease feasibility and its operationality.