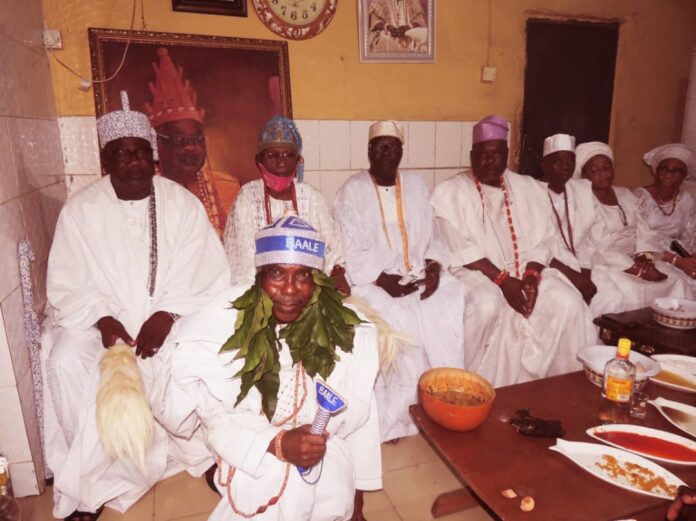 The newly installed Baale Awodi Ora was installed following his great track records of good deeds in the community and the immense development stride he has posed overtime.

Speaking with Nigerian NewsDirect at the installment event, General Secretary of Awodi Ora, Hon. Nicodemus Nnamezie, expressed optimism that the newly installed Baale would tackle all necessary challenges faced by Awodi Ora Town and its environs.

He added that all residents and community leaders should expect more development in the community along with peace and harmony.

According to him, “He’s capable of ruling Awodi Ora kingdom looking at his track records as a renowned philanthropist and how he has contributed immensely to the community at large.

“Oba Imoore finally installed him as the Baale of Awodi Ora as the ruling king that governs Awodi Ora and its environs.

“Henceforth, I’ll urge the community residents and chiefs to work hand in hand with the new Baale for the sole aim of promoting peace, unity and development at large.

Also, Com. Niyi Joseph said the newly installed Baale had been a key personality in Awodi Ora, adding that he was very certain that Chief Abiodun would do his best on his new appointment.

According to him, “I’ll implore Awodi Ora to be graciously waiting for great favour from what I’ll be doing within the kingdom and also the alliance between the Alahun of Imoore and Apapa and Awodi Ora kingdom will continue to move forward for the development of Imoore and Apapa Land as a whole.

“I’ll also call for unity among citizens of Awodi Ora to abide by lay down principles because a good citizen who is not a tribalistic fellow or religious incline fellow should not be encourage, for the development of Awodi Ora kingdom and Imoore and Apapa Land unity must always be encourage at all time,” he added.