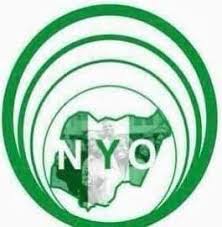 Youths under the auspices of Nigerian Youths Organisation (NYO) have said if the government fails to address the continued dwindling economic situation, it would shut down the Federal Capital Territory (FCT) in a massive protest.

This was disclosed in a press conference tagged: ‘FCT Must be Delivered,’ organised by NYO and Coalition of FCT Youths Organisations, where they expressed concern over the FCT administration led by the Minister, Muhammad Bello’s decision to allegedly completely bury key revenue base of the FCT.

Comrade Isreal Opalewa, Chairman of NYO, FCT chapter, who spoke on behalf of the youths, explained that they have been monitoring activities of the FCT and it’s area councils, and have come to conclude that the nonchalant attitude of the FCT leadership to inaugurate an economic team, in order to reboot the economy of the territory, has further made the FCT a failed state.

The youths, however, called on President Muhammadu Buhari to make a change of government in the FCTA within one month or they will not hesitate to call for a massive peaceful protest that would shut down the entire FCT.

“The shortfall of revenue generation currently rocking the FCT led administration, demands serious attention since the All Progressives Congress (APC) is believed to have come with a complete mantra of Change and Next Level that Nigerians yearn for.

“We have forwarded letters to relevant offices for prompt action to be taken. The present FCT administration is battling with governance issues of revenue generation, while the managers of the territory have failed to utilize other glaring opportunities for boosting its economy.

“It may interest you to know that the solution to the dwindling revenue generation in the FCT lies in the willingness of the administration to open up and embrace the numerous opportunities for private sector investments, including some being driven directly by the APC-led federal government,” Opalewa said.

The youths said it is no longer news that the revenue generation of the FCTA has nosedived over the years, and the dreams of the founding fathers of FCT may continue to go down the drain if the situation of gradual but consistent degradation is allowed to continue.