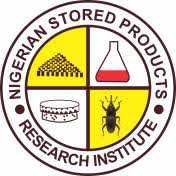 The Nigerian Stored Products Research Institute (NSPRI), Ibadan zone, has tasked farmers on the use of home-made technology for post-harvest storage to reduce loss on agricultural commodities.

The Executive Director of NSPRI, Dr Patricia Pessu, stated this on Tuesday in Oyo during the opening of three-day entrepreneurship training on value addition of agricultural commodities for corps members.

Pessu, who was represented by Dr Grace Otitodun, the NSPRI Zonal Coordinator, Ibadan, said if agriculture, not only production but also post-harvest, could be empowered and given the necessary attention, Nigerian economy would be bolstered.

“For post-COVID-19 intervention from March till date, a lot of things had gone wrong which had made people unable to make ends meet as expected.

“God has blessed us with land that is irreplaceable. If many people can venture into agriculture, that is production and post-production, and see it as an important venture, they will be able to meet their needs, those of their neighbours, the country and then the world at large.

“That is why NSPRI is strategically-positioned because we are into agriculture.

“There are some farmers who don’t know what to do and how to do storage of their commodities.

“During the lockdown, many of the farmers couldn’t take their wares to the market and the information they had on storage was limited, so most of them lost a lot of money,” she said.

The NSPRI boss further said that the organisation had developed different technologies through research for post- harvest handling and storage of agricultural commodities.

“During the lockdown period and thereafter, some technology that had been in the pipeline before were rolled out, especially that of non-chemical preservation of durables, that is grains and other dried products.

“This kind of technology can be used at domestic level by house wives and petty traders.

“The technologies were rolled out to smallholder farmers to help them curtail the loss that they might have incurred from post-harvest damages,” she said.

Pessu stated that the training for corps members was aimed at enlightening them on what to do and how to do it so that they could be self-sufficient.

“NSPRI trains actors in the agricultural value chain, including farmers, processors, traders and transporters because all of them contribute and affect the end-product of agricultural commodities.

“If they are not trained, it would have adverse effects on food supply. The training is for different stakeholders on appropriate technology to use,” she said.

Pessu said two corps members would be awarded grants, as part of Federal Government’s intervention for those who submitted their proposals after being trained by the organisation in the first quarter of 2020 on agricultural value chain addition.

“The proposals were reviewed so many times before those two were selected. The grant is a seed for them to take off in the venture and NSPRI will monitor them as they progress,” she said.

Also, Dr Funmi Ilesanmi, a Principal Research Officer at NSPRI, enjoined the corps members to utilise what they would be taught to become employers of labour after their service year.

In his remarks, the representative of the National Youth Service Corps (NYSC), Mr Ololade Oyegun, appreciated the kind gesture of the organisation.

He said that the selected corps members would ensure that they reciprocated the gesture by applying the newly-acquired knowledge.

It was reported that the programme will teach corps members on value addition to grains, vegetables and fruits, fish as well as roots and tuber.