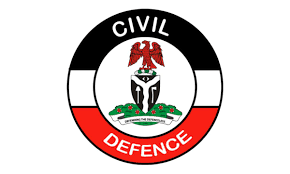 The NSCDC Lagos Commandant, Mr Iskil Makinde, confirmed the PGCs’ suspension in an interview with newsmen in Lagos.

Newsmen report that PGCs are the privately owned security outfits that provide security services for banks, schools, companies among others.

According to the NSCDC boss, the 2003 Act that established the NSCDC as amended in 2007 empowered the corps to licence all PGCs in the country.

“The Act also empowered the corps to sanction any PCG that does not operate according to the guidelines that regulate them.

“The corps is also empowered to regulate and monitor the activities of all PGCs in the country,’’ Makinde said.

He said the PGCs licences were withdrawn on Sept. 14, after thorough interrogation and investigations were conducted.

He said the PGCs failed to renew their operating licences for year 2020.

“Besides the failure to renew their operating licences, they were providing security services for clients,” he said.

According to Makinde, the act is totally condemnable.

Makinde said the suspension would serve as deterrent to other PGCs and the sanction would prevent fake and unlicenced PGC’s from operating.