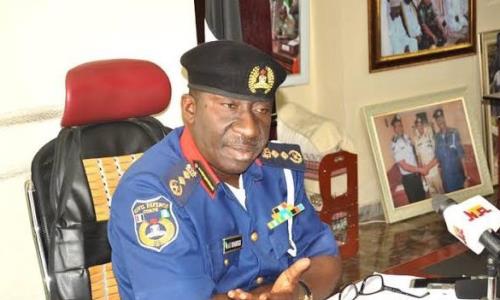 The Nigeria Security and Civil Defence Corps, NSCDC, and other security agencies Wednesday gathered at the Royal Park Hotel in Iloko-Ijesa, Oriade local government area of Osun state for a two-day workshop on Early Warning and Early Response (EWER) and Conflict Prevention for Communities and Security Providers.

The workshop was organised by the NSCDC and the United Nation Development Programme, UNDP, in collaboration with Osun state government.

The Commandant General of NSCDC, Abdullahi Mohammadu, who was represented by Commandant David Ojelabi, posited that inability to sense the signal of the early stage of the conflict has been the major reason(s) for the escalation of some of the conflicts to unimaginable proportion or magnitude.

According to him, “every conflict usually sends early warning signal, but may not be so easy to discern by the actors, and depending on how those early signs are discerned and managed and the outcomes that the actors involved envisage, conflict can be a force for good as well as a force for evil.”

He hinted that the capacity building programme would feature civil engagement on conflict, Early Warning and Early Response

Strengthening the capacity of (grassroots) security actors or stakeholders on EWER

He expressed delight that Osun still remains one of the most peaceful states despite the Ife/Modakeke crisis, Oba-Ile and Oba-Oke communal clash in OlorundaLocal Government of the state, the boundary dispute between Ilie in Olorunda local government, among others.

In his remarks, Governor Gboyega Oyetola, who was represented by the Commissioner for Economy Planning and Budget, Dr Yinusa Olalekan, commended the UNDP for their support to the state.

He noted that Osun has taken necessary steps to prevent conflict that usually arise in areas of boundary, Fulani/Bororo and Crop Farmers, among others.

Dr. Olalekan noted that over 6,000 crises of different forms have been resolved amicably in different communities across the state through the establishment of the inter-ministerial committee on peaceful co-existence between Fulani/Bororo and Crop Farmers in the state.

He said, “Nigeria as a nation faces myriad of conflicts, such as recurring ethnoreligious conflicts, the insurgency, the militancy, rampant cases of kidnapping in at least four out of the six geo-political zones, the growing farmers-herdsmen conflicts and the spate of inter-communal conflicts in many parts of the Federation.

”These have diverse harmful consequences on the country’s cultural and social-cultural core values, ethnic cohesion, social integration and stability and sustainable development,” he stated.   In attendance at the workshop are members of NSCDC, police officers, immigration officers, Peace Corps cadet and Amotekun corps.