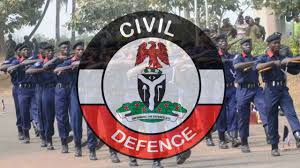 Lucy Samu, the Commandant of the Nigerian Security and Civil Defence Corps (NSCDC), in Ebonyi on Tuesday reaffirmed the corps’ readiness to continue to prioritise training of its officers on intelligence gathering and security reporting.

She said this in an interview with the Newsmen, following the successful conclusion of a capacity building training for some of its officers in Abakaliki on Monday.

“The importance of intelligence gathering and effective security report writing cannot be over-emphasised, they are fundamental to our mandate of securing the people and protecting public infrastructure,” she said.

Samu explained that the essence of the one-day training programme was to improve the officers’ security awareness and enhance productivity.

According to her, the training is in line with the Commandant-General’s policy to promote the training and re-training of officers for effective service delivery.

She said that the NSCDC’s Commandant-General, Abdullahi Muhammadu, was keen about shoring up officers’ competencies and capabilities in the interest of achieving set objectives.

The state commandant stated that effective intelligence gathering and security reporting were crucial in the task of delivering on the NSCDC’s mandate.

“Our officers at the local government levels, mainly the district and their intelligence officers are actively involved in this exercise,” she said.

Samu further said that the officers would pass on the knowledge gained during the programme to their subordinates to ensure a more effective security at the grassroots.

“The realities of the time will not allow us to gather everybody at the same time to undergo the training, so we selected two officers from each local government area.

“We complied with all COVID-19 prevention protocols such as hand washing, social and physical distancing; I thank the commandant-general for his support toward the success of this programme,” she said.

Mr Egoma-Egoma Edet, the command’s Head of Administration, informed the trainees that writing good security reports was one of the foremost tasks of any security officer.

“Such reports provide a clear picture of happenings; they greatly assist in investigations, so a good security report should be very informative

“Security reports can be used in the eventuality of litigation.

“Therefore, such reports should be legible and written in simple grammar for effective comprehension,” he said.

Edet said that effective intelligence gathering would enable officers to perform optimally by contributing meaningfully to investigation and storage of security information.

One of the trainees, Mr Bassey Okoi, commended the corps for organising the training and pledged his readiness to pass on the knowledge garnered to his subordinates.