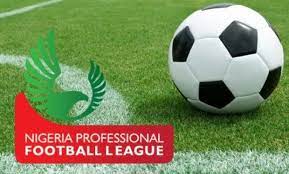 Edith Olumide Agoye has quit his position as head coach of Nigeria Professional Football League outfit, Shooting Stars after nine years in charge of the club.

Agoye helped 3SC gain promotion to the NPFL in the 2020/21 season but constant criticism from supporters has forced the former striker to leave his post.

The Oluyole Warlords finished in 16th position on the table and only escaped relegation due to a better goal difference to 17th placed Katsina United.

“After 9 years as a coach, five years as the head coach in which we gained promotion back to the NPFL and maintained our premier league status, l have decided to leave my position as the head coach of the club,” Agoye was quoted by BSN Sports.

“l feel it is time for me to leave Shooting Stars Sports Club, 3SC, in pursuit of new challenges.”

Veteran tactician, Gbenga Ogunbote is the favourite to replace Agoye.