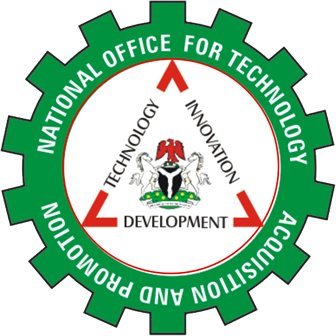 The National Office for Technology Acquisition and Promotion (NOTAP) has called for more funding for research in the country to accelerate Nigeria’s development.

NOTAP Director-General, Dr Danazumi Ibrahim stated this while receiving AVM Onyemaechi Osahor, the Director-General of the Defence Research and Development Bureau (DRDB), on a courtesy visit in Abuja on Wednesday.

Danazumi said that more than 90 per cent of the technologies powering the Nigerian economy were imported stressing that it was time for the country to address the anomaly by adopting a strategic approach.

“If research and development are not given required attention, then the future of Nigeria becoming independent in terms of sustainability would be weaken.

“I must say that we have no option but to spend hugely on research and development so that we gain our independence and be able also to produce and sell our products to the outside world, ’’ he said.

He said Nigeria has a very weak intellectual property culture evident in the university and research institutes system.

“The IPTTO’s were established to sensitise researchers on the culture of intellectual property and encourage them to file applications for patents before publishing in order to protect their inventions and innovations.

“NOTAP has so far established 45 IPTTOs across the country some of which are in military establishments like Airforce Institute of Technology (AFIT) Zaria, Nigerian Defence Academy (NDA) Kaduna and Defence Industries Corporation of Nigeria (DICON) in order to harness research and development results that will lead to commercialization,” he said.

He promised the organisation of its support and partnership for the overall development of the nation.

Earlier, Osahor said that the bureau is charged with the responsibility of co-coordinating activities of defence related laboratories, conducting and coordinating research and development activities in defence and security related areas.

He said the visit was part of efforts aimed at partnering with relevant organisations to ensure the fulfillment of the mandate of the organisation of having a most modern military.

He added that the bureau was seeking partnership with NOTAP in the area of patenting and Intellectual property rights having come up with many research and development efforts.

“This partnership will lead to awareness on intellectual property rights within the military research and development circle thereby leading to the production of patents for the enhanced security of the nation, “ he said.

Osahor said that the military has inventions and innovations like the compo ration, IED detector with a detection range of over 50 metres and design and development of the airboat among others.