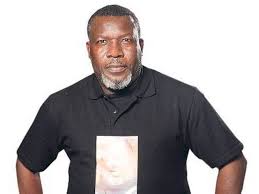 Ejike Asiegbu, a veteran Nollywood film director and actor, has called on script writers to produce qualitative storylines as a way to boost the standard of Nigerian films.

Nollywood star, Ejike Asiegbu told the newsmen on Monday in Lagos that the standard of a script determined the quality of the movie which should be a major concern for the movie industry.

According to him, further steps should be taken to upgrade the standard of scripts to make Nigerian films enjoy greater global recognition and millage.

Describing script writing as the most important and basic ingredient for a successful film, he said the storyline of films should be fashioned to arouse the interest of viewers.

“Our producers are doing well but there is need to do more as script writings are fundamental elements that guide actors and crew members on the ideal and standard film production.

“In particular, the storyline must be interesting, language used must be elevated and could be poetic, drama also has it’s own peculiar language that comes with flowery and ornamental words.

“For a movie to fall within international standard, it must have synopsis, a systematic summary of the entire story, and viewers must not pre-empt how the film will end.

“Also, the film must be full of suspense and the scriptwriter should be able to weave the storyline to increase viewers curiosity while the urge and interest increases,” he said.

According to the former President of Actors Guild of Nigeria (AGN), viewers rate films of high quality when it has a popular actor as character in addition to green horns making waves.

He added that actors must explicitly carry out their roles in the films to collaborate the effort of producers as every film has a message meant to be transmitted across to viewers.

The Nollywood veteran noted that producers must endeavour to push out films that would arrest the attention of the viewers and as much as possible, avoid boring activities and actions.

“Producers must make sure that a script is well written, structured, awesome and interesting, as people are more interested in the characters that will properly interpret the roles.

Asiegbu said that the commercial aspect was also key as sponsors and persons who have invested their money would be on the lookout for value for their money.

He said that a well scripted play with known faces brings forth good result for investors.

According to him, there are outstanding actors that possess qualities and skills to sell, project, promote and raise the overall income of such film, but only with good scripts.

He added, “I am an advocate for up and coming acting with known actors on the same set to encourage the young ones.”

The University of Port Harcourt Theatre Arts graduate who acted his first movie, titled “Silent Night”’ in 1996, added that he started his career from stage plays which he described as tedious.