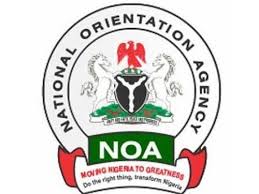 The National Orientation Agency (NOA), in collaboration with Peering Advocacy and Advancement Centre in Africa (PAACA), is set to increase awareness and senitisation to the fight against Gender Based Violence (GBV) and sexual violence in Nigeria.

Garba Abari, Director-General, NOA told newsmen on Tuesday in Abuja that the agency would partner more organisations to increase its campaign against gender based violence.

He said that the aim of the campaign and partnership was to draw Nigerians’ attention on the upsurge of sexual based violence.

According to him, the partnership is focused on ridding the nation of the act by creating more awareness.

Abari said that the partnership was a continuation of search for the solution to the spate of sexual and gender based violence in Nigeria.

“Our major objectives as outlined during the initial stakeholders’ engagement session is to identify the trends and causes of gender based violence in Nigeria.

“We have identified a number of factors that are necessary for a successful battle against the problem and they include adequate funding and training for institutions relevant to the fight.

“There is need to develop a contingency plan within our laws for GBV and emergencies and need for timely prosecution and adequate penalty for offenders.

“Fortification of the gender desk in the Nigerian Police Force is also key.

“As stakeholders, if you like frontline officers, in the relevant agencies, this meeting is intended to look very deeply and broadly so as to find a way forward.

“It is not enough to sweep it under the garb of officialdom by saying ‘we are doing a lot.’

“The truth is that our efforts is not good enough and that is why we are faced with an upsurge.

“The way forward is to do more sensitisation and awareness creation that will permeate the grassroots and resonate with all of society, this task has to be collaborative to achieve desired results,” Abari said.

The NOA boss restated the determination to join forces with stakeholders and other partners in making sure that success was achieved in this regard.

He added that gender based violence was a phenomenon deeply rooted in gender inequality and continued to be one of the most notable human rights violations in our time.

“Increase the number of paralegal organisations members in the communities; also there is need to engage the opinion of leaders, especially in the North against early marriage through Advocacy.

“There is a need to include our social justice mechanism in solving GBV issues in Nigeria and the need to empower women so that poverty will not be an excuse for violating women.

“We also need to encourage women to report cases and follow to logical conclusion, need to have a holistic collaboration by relevant institutions especially at the grassroots,” he said.

He urged parents to inculcate positive values in their children/wards and also support them during litigation, adding that the issue of rape should be expanded to capture both male and female.

He called for the need of inclusion of sex education at home and in schools curricular, adding that religious leaders should condemn sexual and gender based violence in churches and mosques.

Mrs. Cynthia Mbamalu, Director of programmes, Yiaga Africa, in her goodwill message, commended NOA for creating the awareness programme, adding that the fight against sexual and gender based violence was not only for one institution.

According to her, a lot is needed to fight this act; fund has to be released in order to tackle the issue appropriately.

“National Agency for the Prohibition of Trafficking in person (NAPTIP), and the rest can function effectively if they have human and financial capacity.

“Justice delayed is justice denied, we need prompt effectiveness of the law.

“Proactive change begins with action that we take today, Nigeria will only succeed when we work together to find a lasting solution to GBV,” she said.

Mr. Yusuf Bichi, Director-General, Department of State Services (DSS), represented by Dr. Peter Afunanya, Public Relation Officer of DSS, in his goodwill message said that sexual and gender based violence was a national challenges that should be prevented.

“In order to restore values, we have to collaborate with NOA to draw the attention of the government to certain aspects that affect the society,” he said.

Bichi added that DSS officials would continue to do what they were mandated to do in order to discharge their duties effectively.

Ezugwu said such steps would bring great impact to the society at large, adding that families, communities, traditional leaders, religious leaders, among others had great roles to play in the fight.

Mr. Ezenwa Nwagwu, Executive Director PAACA said that it was necessary to sensitise Nigerians to the upsurge of the sexual and gender based violence.

Nwagwu, while appraising NOA’s efforts, also urged stakeholders to be committed in ensuring that incidence of rape and gender violence was eliminated in Nigeria.