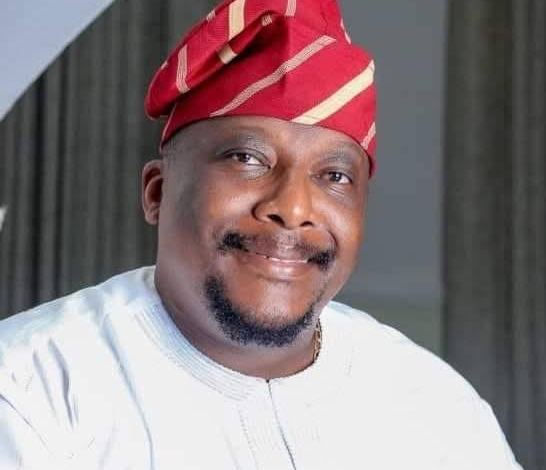 The chairman of the Water Corporation of Oyo State, Dr. Adebayo Adepoju, has declared that there is no record of illegal sale of assets belonging to the corporation, contrary to claims by an opposition politician in the state.

Adepoju, in a statement made available to newsmen in Ibadan, on Tuesday, said that the corporation has only embarked on an inventory-taking and auditing so as to ascertain and account for all the assets of the corporation.

The statement added that contrary to claims by an opposition political party that the corporation is engaging in illegal sale of water pipes, the corporation had only brought out the pipes in the scheme, which had laid fallow in the swamps, for proper counting, audit and accountability.

The statement further indicated that the claims credited to a chieftain of the Alliance for Democracy (AD), were false and unfounded.

“While the corporation refutes the claim in its entirety, it has become extremely important to make this press release to keep the public well-informed.

“The said pipes had been lying in the swamp for years, so they had to be brought out for proper counting, audit and accountability. As a result of bringing out these pipes, there was an alarm that the pipes were being taken out for illegal sale.

“The management had earlier followed up on all information received and moved to properly secure the assets. Some of the measures put in place include the replacement of the security outfit watching the scheme, the installation of solar powered security surveillance cameras that can be viewed both on site and remotely and completion of the perimeter fencing of the scheme.”

The corporation’s boss further explained that the alarm raised about illegal sale of pipes and the picture being circulated on the internet as portraying illegal sale were baseless, as the truck in the circulated picture was, indeed, that of those enlisted by the corporation to take the pipes from the swamps to another location for proper counting.

“Late last month, the chairman alerted the Joint Task Force (JTF) and the Operation Burst to the alarm raised by some persons that some pipes were being taken out of the scheme illegally.

“The response from the JTF, which included the Oyo State Road Transport Management Agency (OYRTMA), was swift and they found out that the truck in the viral picture, which was seen by the men of the Operation Burst and OYRTMA, was, indeed, authorised by the corporation to lift the pipes out of the swamp to another location.

“The truck got stuck in the mud at the location, which necessitated OYRTMA taking their heavy-duty towing vehicle to bring out the truck. This was the picture taken and being passed around as showing some people trying to illegally sell state’s assets. The alarm would have been deemed unnecessary but for the fact that the operators of the vehicle were sighted at the swamp on a weekend, which might have necessitated the wrong signals to members of the public.”