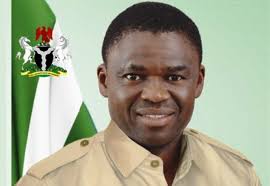 The Office of the Edo Deputy Governor on Monday said that no palliative was found in the Deputy Governor’s hall in his residence in Jattu, Etsako West Local Government Area of the state.

This is contained in a statement in Benin, by Mr Benjamin Atu, Senior Special Assistant (SSA) on media to Edo Deputy Governor, Mr Philip Shaibu.

Atu, who dismissed the wide spread allegation that some palliatives were found in the conference hall of the Deputy Governor’s residence in Jattu, described the allegation as wicked and dubious.

He also said it was an excuse by detractors to attack the Deputy Governor’s home and destroy his property.

According to him, government has uncovered plots by suspected hoodlums to invade and destroy property belonging to the deputy governor, under the disguise of palliative search and #EndSARS Protest.

He added that this was in spite of the imposition of curfew and suspension of protests across the State by the government.

The SSA, however, said that although the suspected hoodlums tried to gain entry into the deputy governor’s residence in the early hours of Monday they were, however, repelled by security operatives who had been on the alert.

He added that some of the suspected hoodlums who were also apprehended had all been moved from Jattu to Benin.

“On their mission to the property of the Deputy Governor I can’t speak until the police conclude their investigation.

“The fact that we want to establish is that at least it has been confirmed that no palliative is in the house of the deputy governor.

“All palliatives that were sent to Edo North were disbursed directly to the local government for instant distribution to the beneficiaries.

“Edo North does not have a central reserve where palliatives are kept.

“The state has only one centre and that’s not in Edo North,” he said.

Atu, therefore, called on security operatives to immediately arrest anyone connected with the deliberate effort to undermine the peace and security in the state.