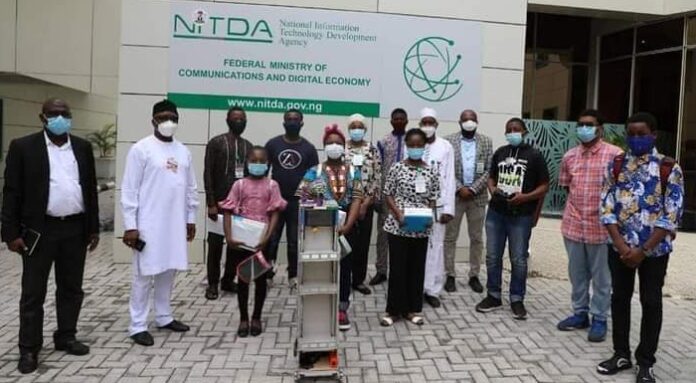 In his brief remarks, the NITDA Director General, Mr Kashifu Abdullahi, commended the academy for coming up with such innovation.

While reaffirming the NITDA’S readiness to assist innovative ideas that solve barrage of problems bedevilling the nation, he enjoined the students to see future in digital skills as it is the future work in digital era. 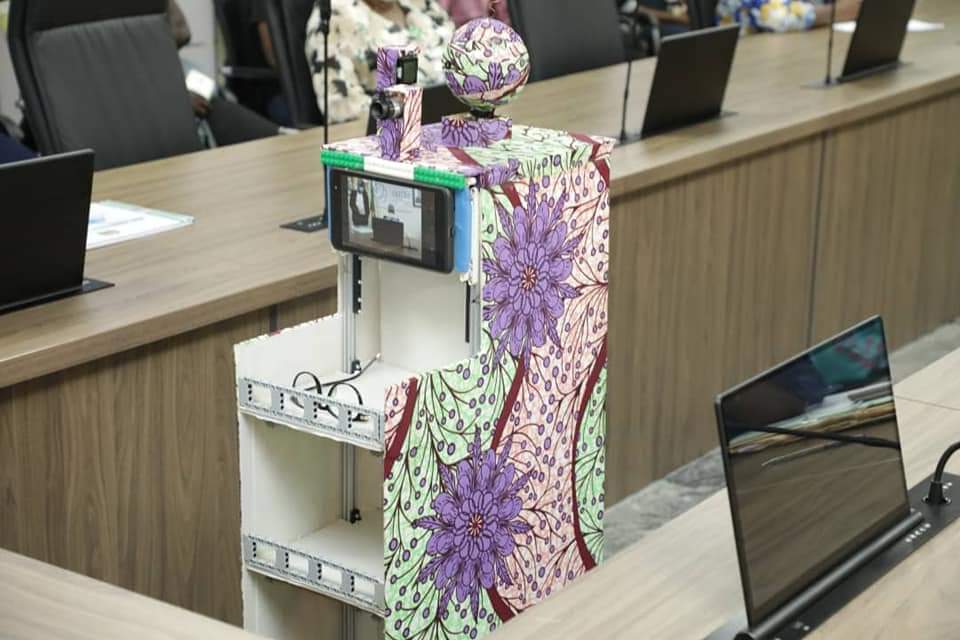 Mr Abdullahi further directed the Office for ICT Innovation and Entrepreneurship to ensure that the project and the inventors enjoy necessary visibility in order to promote their idea for commercialization.

The elated DG urged that the teacher and students be given digital tools to which could be used for further ideations they might have in mind. The digital tools which consist of seven Ipad, one laptop and other internet components were donated to the students immediately.

The feat christened Mairabot was achieved by the students of Glisten International Academy, Abuja.

The robot, according to the students while presenting it to the management of NITDA, said it is designed to perform essential medical duties such as  acting as  an interface between the doctor and patient as well as delivering of drugs to patient.

The Executive Director of the Academy, Mr. Abba Abdullahi Saida who led the team to the Agency revealed that one of the motivations that led to the design of the robot is to reduce the rate at which medical personnels are contracting COVID-19 while discharging their duties.

The Executive Director noted that innovative measures were  put in place to checkmate the development process of the project to ensure it meet the International standard and also improve its performance level to cover other aspects of human life.