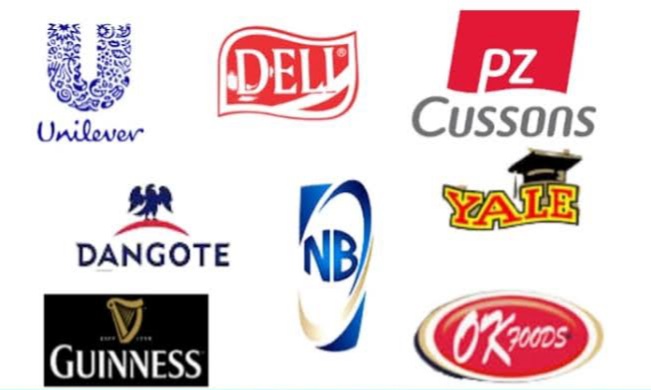 Nigeria’s leading consumer goods companies earned a whopping sum of N504.7196 billion as revenue in the half year of 2022, outperforming their earnings in the corresponding period of 2021 of N126.08 billion.

The companies are Dangote Sugar Plc, Nascon Plc, Unilever Plc, Nestle Plc and Cadbury Nigeria Plc. According to the information contained in the half year financial statements of these companies and compiled by  research, the companies’ revenues rose by 33.3 per cent compared to half year 2021.

The revenue growth recorded by the companies is remarkable, considering economic disruptions in the global economy occasioned by the ripple effect on energy, power, and food cost, amongst others, caused by the Russia-Ukraine face-off and the global inflationary pressure on household wallets.

The growth in revenue reported by these companies was driven by higher product prices and demand from consumers in the half year of 2022.

The five ranks consumer goods firms quoted on the floor of the Nigerian Stock Exchange by revenues based on published financial statements and also ranked by per cent growth.

Nascon Plc posted revenue of N25.128 billion for the first half of the year  2022 from N17.570 billion in 2021, accounting for an increase of 43 per cent as the firm also grew revenue despite rising cost of sales occasioned by inflation and the Russia-Ukraine war.

Nascon closed last trading day at N11.10 per share on the Nigerian Stock Exchange (NGX). National Salt firm began the year with a share price of N13.20 but has since lost 15.9 per cent off that price valuation, ranking it 129th on the NGX in terms of year-to-date performance.

Cadbury Nigeria Plc leveraged high demands on consumer goods to gain a 50.5 per cent increase in revenue during the review period. The company recorded a revenue of N27.877 billion in half year 2022 from N18.523 billion in 2021, accounting for an increase of 50.5 per cent.

Cadbury began the year with a share price of N8.80 and has since gained 69.3 per cent on that price valuation, ranking it 11th on the NGX in terms of year-to-date performance.

The company closed its last trading day on Tuesday, August 16, 2022, at N13.50 per share on the Nigerian Stock Exchange (NGX). Unilever began the year with a share price of N14.50 but has since lost 6.9 per cent off that price valuation, ranking it 113th on the NGX in terms of year-to-date performance.

Dangote Sugar Plc sustained a positive trajectory during the half year ended June 30, 2022, with 181 per cent growth in revenue.  The company reported a revenue of N185.457 billion in its half-year 2022 revenue from N65.976 billion a year ago, taking advantage of the rise in sugar price due to operational headwinds in the first half of the year.

Dangote Sugar closed the last trading day at N16.00 per share on the Nigerian Stock Exchange (NGX). Dangote Sugar Refinery began the year with a share price of N17.40 but has since lost 8.05 per cent off that price valuation, ranking it 114th on the NGX in terms of year-to-date performance.

Leading the pack, Nestle Nigeria Plc reported an increase of 29.75 per cent in revenue during the half year as it remained resilient in the operational environment amid volatility in the economy.

Nestle closed its last trading day at N1,300.00 per share on the NGX. The company began the year with a share price of N1,556.50 but has since lost 16.5 per cent off that price valuation, ranking it 130th on the NGX in terms of year-to-date performance.

Vetiva Research (Vetiva) recently released its H2’22 outlook report titled ‘A strange Labyrinth.’ In the Consumer Goods sector report, Vetiva examined factors surrounding and driving FMCGs’ thriving performance and the expectation for the next half year.

Chinma Ukadike, the Consumer Goods Analyst at Vetiva believes that whilst the trend of impressive revenues and bottom-lines across the consumer goods sector has been driven by the growth in volume as evidenced in the sector’s GDP performance, the real headliner is pricing, which has acted as a tailwind for growth in the sector.

Meanwhile, she admits that the role of demand is not to be underplayed, despite the crunch on consumers’ wallets from increasing energy tariffs, lingering pandemic effects and overall inflationary pressures.

In her outlook, whilst she expects the headwind from consumer disposable income to persist, she shared an optimistic view on volumes, which she linked to the expected rise in election spending for the second half of the year.Still, she highlighted the reopened Northern borders as a potential threat to local volumes. On the other hand, she still sees a sluggish half year for consumer discretionary players, given price levels and the state of consumer wallets.

Referring to the impact of the Russia-Ukraine crisis on FMCG players, Ukadike stated that skyrocketing input prices as a result of global supply deficit leaves the industry’s margin on a delicate balance.

She expects that, with the recent pricing hike across board, producers may be unable to really respond with further hikes if costs escalate further.Ukadike expects investors to become increasingly wary of political tensions and uncertainties. However, she does not expect swift sell-offs across the board, given the fundamentals that have driven the current rally.