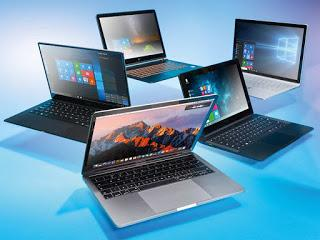 After enjoying a run of uninterrupted supply of personal computers (PCs), laptops and other digital devices for nearly a quarter of a century, the world is currently in the middle of a major supply chain crisis that has seen global manufacturers struggle to meet growing demand.

The situation is exacerbated by the coronavirus pandemic, a global health challenge that began in late 2019, spreading from Wuhan, China where it originated to virtually all corners of the globe.

With the onset of the pandemic, supply of laptops, PCs and other hardware components had taken a huge bashing.

Global data released two weeks ago shows that most major global computer OEMs are unable to supply five per cent of orders placed and paid for by distributors and this has skyrocketed retail prices of PCs and laptops.

In Africa, and particularly in Nigeria, consumers are paying higher prices to secure few available units in the market. It is speculated that things may not improve until mid-next year.

This is hardly surprising as China, the original epicenter of the pandemic, had for a while now, become the world’s leading manufacturing hub.

Consequently, the lockdowns occasioned by the pandemic had seen a breakdown of China-based global computer supply chains, delaying the arrival of computers and laptops in shops across the world.

Earlier in 2020, specifically in March, a report in the Financial Times indicated that retailers were told that it is taking up to three times as long for PCs and parts to be delivered.

Industry experts said that only those brands able to pay upfront and work closely with component suppliers, such as Apple and Samsung, would be able to secure enough production capacity, as shortages rippled through the supply chain.

“One channel partner in Australia was notified by key manufacturers that shipments can take up to 14 weeks, as opposed to the normal four weeks,” said Sharon Hiu, an analyst covering sales and distribution channels in Asia-Pacific at Canalys, the technology research firm. “Some channel companies have been given a 10-week estimate, while others have not been able to get a projected time of arrival at all.”