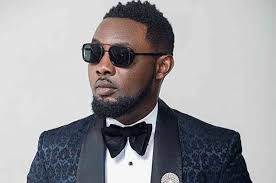 Popular comedian Ayo Makun, known as AY has said that the average Nigerian police needs to be retrained.

The stand-up comedian said this while speaking to newsmen at the #EndSARS protest in Lekki.

He called on the government to organize a master class for them as he compared them to the police in other countries.

AY described comparing the Nigerian police to those abroad as derogatory. He said police abroad regards suspect’s welfare even when under arrest unlike in Nigeria.

Largely, he blamed it on how the government paid the police.

He said the government should improve police take home pay and re-orientate them, “then we are on course for reforming Nigerian police.”