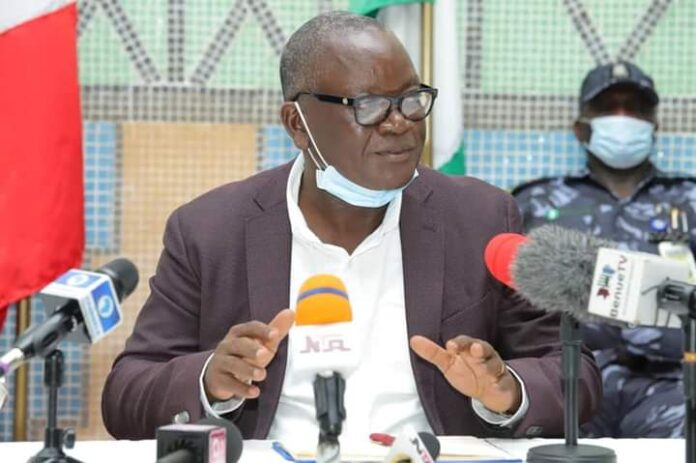 Ortom gave the task on Wednesday during a Courtesy call on him by the Senate committee on Air force led by the Chairman Senator Bala Na’Ala with other senators  at Government House Makurdi.

He explained that the happenings in Nigeria today required proactive steps by leaders devoid of ethnicity, political coloration and any sentiments.

Ortom added that the agitations must not be treated with levity in order to rebuild confidence in the protesting youths.

He emphasized that there was urgent need to address the challenges being presented by the protesters so that in the end, all would be sure of a Nigeria where justice, equity and fairness will prevail.

Ortom  acknowledged the importance of the Air Force formation in the state said apart from the provision of security for lives and property, the state benefits through education, provision of water, fire extinguishing services and health.

He noted that his administration had recently waded into a protracted land dispute between the Air Force Authorities and the  host community, pointing out that what is left was compensation which members of the National Assembly from the state would soon take action on to make the host community proud of hosting such a Federal Government agency.

Earlier, Senator Bala Na’Ala said they were in the state as part of their oversight and felt as one of the foremost states that had given the Air Force comfort and accommodation to grow to where it is, they needed to pay homage and say thank you to the Governor.

He noted that for Benue to remain peaceful in spite of what is happening in the country shows control and good governance, even as he urged people of the state to remain steadfast being one of the most lawful extractions of Nigeria as far as loyalty to the nation is concerned.

Nigerian NewDirect reports that other members of the Senate Committee on the delegation were Senators Michael Naachi who doubles as Vice Chairman, Abba Moro, Bashiru Ajibola and Yakubu Hoseni.