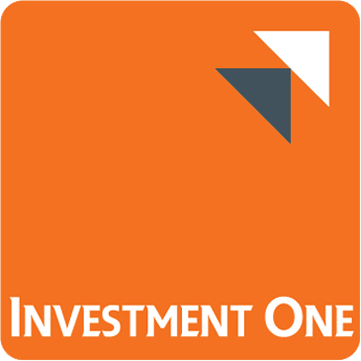 A group of analysts at InvestmentOne Research have expressed concerns that Nigeria is on the course for its second recession in five years.

According to InvestmentOne Research “We believe issues such as FX illiquidity, weak government spending, insecurity, poorer state of infrastructures, weak consumer demand and contagion effect of a potential slowdown in global growth put the country on course for the second recession in five years.”

The Lagos based company going forward, said, “We expect oil output to continue to decline as Nigeria complies with OPEC cap of 1.4million barrels per day (excluding condensates). With condensates output at around 200,000 barrels per day (mbpd), oil production may range around 1.6 to 1.7 mbpd for the rest of the year.

“We expect to see the positive impact of harvest season, border closure and ban on agricultural products on agricultural output in Q3 2020 to Q4 2020. However, huge post-harvest losses may still discourage investment and limit output in the agricultural value chain.

“Similarly, the impact of the lockdown measures put in place in Q2 2020 could limit agricultural output with the National president of All Farmers Association of Nigeria (AFAN) reportedly stating that country is likely going to record 65% productivity, due to planting activities starting late in some areas, farmers struggling with access to the farms, access to the seeds and other inputs.

“Elsewhere, more construction activities should take place in the last quarter of the year to cover for some lost time due to lock down in Q1 2020.

“Nonetheless, limited revenue from oil and non-oil may limit government’s spending while private sector Capex spending may be limited (except for IT infrastructures) due to changes in work structure as the pandemic reshapes the work environment. We still expect output in the Telecommunication sector to increase albeit at a slower rate due to high base effect especially on a quarter on quarter basis and slower growth in demand due to the easing of the lock down.”

They expressed that the easing of the lock down and potential increase in international trade, to improve trading activities, noting that the sector might show negative performance caused by foreign exchange challenges and border closures that continud to limit activities in this sector.

The analysts  in their words, said, “We expect activities in the manufacturing sector to start increasing as social distancing measures ease further. This should encourage more production of refined foods, textiles and Apparel especially to produce substitutes for some of the banned items. Nonetheless, we think huge infrastructural deficit may continue to limit Manufacturing output in the medium to long run.

“This accentuates the rising rate of poverty in the country as per capita income continues to fall and the nation’s misery index worsens (Inflation 12.82% + Unemployment rate 27.1%=39.92% from 34.38% two years ago). This further highlights the need to put in policies that will put the country on a strong foot for quick recovery and sustainable growth and development after the current during and after the current pandemic. While the CBN has put in different measures such as interventions in key sectors, we think government should put more policies in place, through its fiscal measures, to drive sustainable growth in the long run. We believe the economy is still weak for banks to achieve a Loan to Deposit Ratio (LDR) of 65 per cent without a significant deterioration in asset quality.

“Overall, we expect to see the economy shrinking by 3.6 per cent in 2020. We highlight that our latest projection is better than International Monetary Fund‘s (IMF) estimate of -5.4per cent but worse than the World Bank’s projection of -3.2 per cent in 2020.”