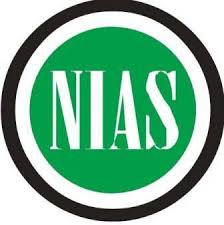 The Registrar Nigerian Institute of Animal Science (NIAS) Prof. Eustace Iyayi,  has disclosed that the country can make N13 trillion annually from the livestock sector.

Iyayi made this known at the 9th Animal Science Association of Nigeria (ASAN) and the Nigerian Institute of Animal Science (NIAS)  joint Annual Meeting in Abuja.

The meeting has the theme: “Improved Technology: A key strategy for enhanced livestock productivity and national economic development.”

Livestock is commonly defined as domesticated animals raised in an agricultural setting to produce labor and commodities such as meat, eggs, milk, fur, leather, and wool.

He said that the animal sector can contribute greatly to the economy of the nation if properly  harnessed, saying the industry can produce trillions along value chains.

He said that the focus of the meeting was to look at the possibility of deploying technology and innovation for improved  animal production.

Iyayi said that many challenges that had negatively impacted  on the industry includes lack of funding, clear policies and lack of incentives for the primary producers and other stakeholders in the value chains

According to him, another major challenge that had contributed to the fall of the industry was the issue of insecurity, the herders and farmers clashes as well as kidnapping in some parts of the country.

“We used to export eggs to other countries like Niger, Chad but that has been greatly affected because of insecurity and  kidnapping that has greatly reduce investment incentives for people wanting to invest in livestock.”

He said the Federal Government must encourage the export of some of the livestock instead of just producing for local consumption.

He appealed to the Federal Government to focus on the industry in order to create jobs for the youth and bring them into agribusiness value chain.

Deputy Governor of  Imo state, Placid Njoku, said that the animal sector was a huge sector and if properly explored could provide more funding for Nigerian economy than oil on annual basics.

According to him, all we need to do is identify the various value chains in the livestock industry and expand them.

“For us in animal science, we are looking at what contribution the institute and animal scientists can make post covid. After covid the most important thing to do is to feed people and ensure that people have good nutrition,” he said.

Our Correspondent reports that about 150 scientists were inducted and some were given various award.

Alhaji Mohammed Nanono, Minister of Agriculture and Rural Development and Sen. Abdullahi Adamu, the chairman Senate Committee on Agriculture, were among the awardees.