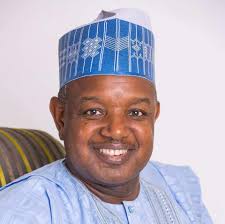 Gov. Abubakar Atiku-Bagudu of Kebbi, says his administration plans to build and distribute 5,000 housing units to low income earners for free across the state.

Atiku-Bagudu, made the disclosure in Birnin Kebbi, during a state broadcast to mark Nigeria’s 60th independence anniversary.

Bagudu said the gesture was part of the government’s policy to provide decent houses to people of the state, especially the less privileged.

He said the state government was collaborating with African Nations Development Project (ANDP) in its quest to provide 5000 houses of 2-bedroom across the state.

“The ground breaking ceremony for the construction of 5,000 houses which i performed on Friday Sept. 25, 2020, signalled the commencement of mass housing scheme in the state which the APC administration is religiously committed to achieving.

“The houses are to be distributed free to the beneficiaries, especially low-income earners when completed.

“As you are aware, the houses are to be built under a robust partnership between Kebbi State Government and the ANDP.

“In order to ensure even distribution of housing as well as reduce the housing deficit being experienced in parts of the state, the 5000 housing units will be built in Argungu, Gwandu, Jega and Yauri Emirates,” he said.

According to him, the devastation caused by the recent flood disasters across the state has also increased the demand for houses.

He added that the state government had completed plans to provide 21,000 plots of land to people wishing to erect and own their houses.

He said: “In an effort to enable cross section of the people of the state to own their houses also, the state government has completed plans to provide 21,000 plots to people so that they can build and own their houses.

“I want to assure the good people of Kebbi State that the state government is not unmindful of the increasing demand for houses amongst people.

“Priority will be given to first time house owners and necessary support be given for private investment in housing to complement the efforts of the government in its quest to providing decent accommodation to people.”

He further disclosed the government had established the state Geographic Information System (GIS) to facilitate issuance of Certificate of Occupancy and other land deeds.

“I wish to announce the establishment of Kebbi State Geographic Information System (GIS) and the appointment of a Director to head the agency with a view to facilitating the issuance of Certificate of Occupancy and other land deeds.

“This is done to reduce the bureaucratic bottlenecks associated with possessing land Certificate of Occupancy by registered owners,” the governor said.

On sports development, Atiku-Bagudu said the government would accord high priority to it, as it is an important tool for physical and mental fitness, especially among the youth.

“It is in line with this concept that I performed the ground breaking ceremony for the construction of a whopping four million US Dollars FIFA Mini Stadium, in Birnin Kebbi, the State Capital.

“The premier project will provide more soccer opportunities for youths, among many other short and long terms benefit of the project.

“The flag off of this all-important project in Kebbi is the first of its kind in Nigeria by Football Governing Body, FIFA.

“We must commend this new initiative by FIFA President, Gianni Infantino. We must acknowledge all and sundry who have worked so hard and tirelessly, to ensure the realization of the project,” he said.

The governor explained that the project when completed,  would further enhance the discovery of youths with hidden talents in the state for mentoring, to enable them to take their rightful places, locally, nationally and internationally.

He said: “Since the inception of this administration, government is unrelenting in its efforts and commitment to turn around the fortunes of sports in the state.

“Kebbi State is now leading in Nigeria, in Beach Soccer, the state’s Club, Kebbi Fishers, was the only African Team that participated in a global competition, in Turkey, in 2019.

“It is on record that Kebbi Fishers are now number one in Africa, while it places number 59 in the world, all courtesy of the moral and financial support of this administration.

“As part of our efforts to industrialize and open up the state for investors, we have entered into agreements with various companies to come to our state and establish industries.

“This is aimed at giving opportunities for industries to tap into our enormous agricultural and mineral resources as well as provide employment to our teeming unemployed youths.“So far, apart from mega rice mills and small-scale millers, Gafara Tomatoes processing company is today a reality while Dangote rice mill and sugar companies are coming on stream.”