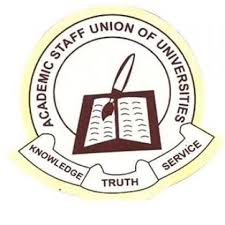 The Academic Staff Union of Universities (ASUU) has appealed to the Federal Government on the renegotiation of the 2009 agreement, payment and mainstreaming of earned academic allowances into salaries among others.

ASUU also urged the government to release funds for revitalisation of the Nigerian university system, visitation panel to Federal Universities and proliferation of state universities for the development of the education sector.

Prof. Theophilus Lagi, the ASUU, Abuja Zonal Coordinator, made the call at a news conference on Thursday in Gwagwalada, Abuja, to commemorate the country’s 60th independence Day Celebration.

According to him, the quest for the revitalisation of the university system and the welfare of ASUU members have always been on the front burner of the union’s struggle and cannot be compromised.

“This time around, we wish to correct the controversial assertion originating from the Minister of Labour in a recent interview with Channels TV.

“In an obviously display of amusement, revealing messages of contempt, claimed that lecturers had been receiving their salaries.

“Went on to refer to the University Transparency and Accountability Solution on a locally developed software by ASUU, as UNITAS.

“As an arbiter in the ongoing negotiation process between the Federal Government and ASUU, those two assertions demonstrated the ministers unspeakable bias and subtle contempt for the nation’s academia, the unions principles and her germane demands.

“It is deceptive and insulting for the minister to pretend ignorance of the governments deployment of weapon of hunger and starvation against her own citizens, aiming to cow, cajole and subjugate ASUU members into registering with IPPIS,” he said.

However, the zonal coordinator hailed the Federal Government’s step to address the crisis that recently engulfed the University of Lagos (UNILAG), adding that it was a step in the right direction.

Lagi described as worrisome, the Ministry of Labour in cohort with Finance and the OAGF, who allegedly flouted a presidential directive for payment of workers wages in the wake of COVID-19 pandemic deliberately withheld lecturer’s salaries for the month

“Our core demands in the ongoing national strike remain the renegotiation of the 2009 agreement, payment and mainstreaming of earned academic allowances into salaries.

“Revitalization of funds for public universities, visitation panel to federal universities and proliferation of state universities.

“This, we believe, if attended to, will upgrade these universities and address the impunity and corruption seen in the university system,” Lagi said.