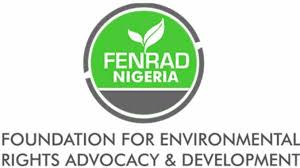 Foundation for Environmental Rights Advocacy and Development, a non-governmental organisation, on Monday urged the Federal Government to rebuild or rehabilitate deplorable roads in the southeast to reduce accidents and loss of lives.

Its Executive Director, Mr. Nelson Nwafor, gave the charge in a statement issued in Abakaliki.

He said that much carnage had taken place on the roads resulting into avoidable loss of lives if the roads had been good.

He called on federal lawmakers and governors to pressure the Federal Government to address the situation, as rehabilitation of dilapidated roads would boost and revitalise comatose businesses in the area.

“Federal roads in the southeast are in deplorable conditions and our leaders should do something quickly.

“We have observed with dismay that the continued neglect of the roads, especially as the Yuletide approaches, constitutes serious threat to lives and businesses.

“Majority of these federal roads now turned abandoned projects, were conceived, in most cases, before the present administration came into office in 2015 and were listed in annual budgets over the years,’’ he said.

Nwafor noted that since 2017, work on the Otuocha-Anam-Kogi road rehabilitation project had yet to begin after it was abandoned.

He noted that the Minister of Works and Housing, Mr. Babatunde Fashola, had visited the Aba-Ikot Ekpene and Enugu-Port Harcourt roads on many occasions and made promises, reaffirmations and reassurances of government’s willingness to fix them.

“While the Enugu-Okigwe-Umuahia axis of the Enugu-Port Harcourt expressway can be said to be fair, the Lokpanta spot in Umuchieze area remain yet a hellhole.

“The Aba-Port Harcourt end of the entire project is deplorable and has impinged on the ease of doing business, causing serious problems to livelihoods.

“Many times, articulated vehicles fall on these roads, causing serious gridlocks. Many of such vehicles break down due to the muddy and sorry plight of the roads and this has become everyday sad story in the zone,’’ he lamented.

Nwafor decried the sorry state of the Onitsha-Awka road, which has forced motorists and other road users to seek alternative routes through villages.

“Aba-Ikot Ekpene road has remained ‘works in progress for many years, while many small scale and large businesses located along the axis have been affected.

“The road is crucial to the southeast because it connects Aba to Akwa Ibom and Cross River through which manufacturers in Aba take their goods to as far as Cameroon.

“This is a serious setback to local and international trade beyond the West African sub-region,’’ he said.

He said also that it was regrettable that armed robbers were exploiting the bad state of the roads to unleash terror on people, especially those travelling at night.

Nwafor advised state governments that receive funds from the Federal Government and from the Niger Delta Development Commission to use part of the funds to fix roads going through their states.