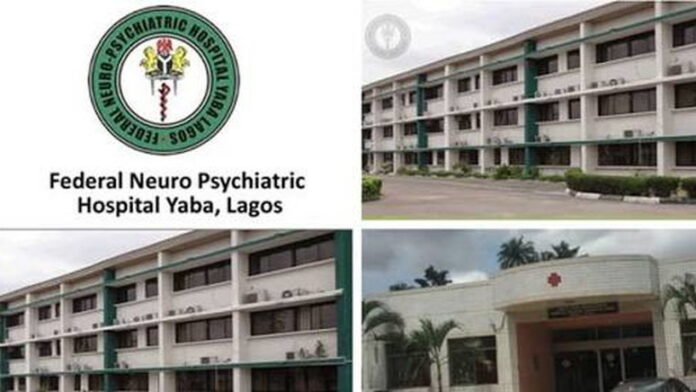 Skeletal services were on Monday rendered at the Federal Neuro-Psychiatric Hospital, Yaba, Lagos, due to the ongoing industrial action by the Joint Health Sector Unions (JOHESU).

Mrs. Kemi Akinyelure, Head, Occupational Therapy Department, made this known to our Correspondent in Lagos.

It would be recalled that JOHESU had asked its members to withdraw their services and embark on a nationwide strike starting from midnight on Sunday, Sept. 13.

The health workers were asking the Federal Government to address the failures and decaying infrastructure in the health sector and pay the shortfall in COVID-19 hazard allowances for their members.

Akinyelure said some executive members of the union came early on Monday and moved round the hospital.

She said that they dragged staff members out from their offices to ensure compliance with the ongoing industrial action.

According to her, the hospital has suspended admitting new patients, while skeletal services are being rendering to indoor patients already admitted in the hospital.

“The hospital has stopped admitting new patients and may likely resume admission of new patients by next week Monday after the elapse of the seven days warning strike.

“But, because there are already existing indoor patients, skeletal services are being rendered in the hospital to care for them,” Akinyelure said.

Commenting, Mrs. Fatimetu Olaoni, Chairman, National Association of Nigeria Nurses and Midwives (NANNM) in the hospital, said the association would hold its Congress tomorrow to decide if they would join the strike or not.

Olaoni said that the Neuro-Psychiatric Hospital, Yaba branch of NANNM, was having an unresolved issue with their national body, and as a result, have not decided whether or not to partake in the strike.

According to her, every other department at the hospital had been shut down, except the nurses, pending the outcome our proposed executive meeting and congress on Tuesday.

Contributing, a psychiatric nurse at the hospital, Mrs. Veronica Ezeh, said that the marginalisation, neglect and poor renumeration of health workers, particularly the nurses calls for urgent attention.

Ezeh said that lots of health workers had quit their jobs and travelled to other countries in search of better working condition.

She said that the government should, as a matter of urgency, look into the situation and do something to halt the trend.

Ezeh said that nurses were being marginalised, undergraded, poorly renumerated and as a result, had not been placed in their rightful positions in the medical field.

According to her, health workers should be encouraged to undergo training from to time to time to boost their skill of operation and be provided with adequate working equipment and infrastructure.

“Some health workers and nurses are working with limited and obsolete equipment. Nurses are very important instruments in the medical chain.

“Without nurses and other health workers, the battle against outbreaks will not be won and the world will not be able to achieve the Sustainable Development Goals (SDGs) or universal healthcare coverage.

“They should be involved in decision-making processes, be well renumerated, trained from time to time and be provided with adequate working equipment to make their services efficient,” Ezeh said.

PIB will be a legacy for 9th National  Assembly —Lawan

PIB will be a legacy for 9th National  Assembly —Lawan

Universities, others to emphasise on skills acquisition than paper qualification —Ali Pantami