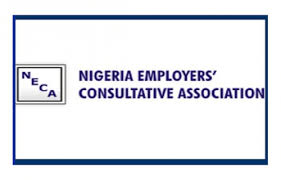 The Nigeria Employers’ Consultative Association (NECA), has urged the Federal Government to revive the National Labour Advisory Council (NLAC) to resolve issues regarding industrial relations in the country.

The NECA’s Director-General, Mr Timothy Olawale made the call while speaking with the Newsmen on Thursday in Lagos, to commemorate the country’s 60th Independence anniversary.

Olawale said that in the past 60 years, the country had been faced and had continued to be faced with challenges.

According to him, those challenges include the continuous demand for the implementation of the National Minimum Wage and better working conditions.

Olawale said, others include disregard for agreements by government and disregard for judicial pronouncements and verdicts of the relevant courts; frequent strikes and threats to strike among others.

“As a first step in rectifying the anomaly in the sector, it is imperative for government to give life to NLAC.

“It is a body that ought to be saddled with the responsibility of coordinating the institutional relationship between social partners.

“While the NLAC will not on its own solve all issues, it will serve as a veritable platform on which our industrial relations system can be built in the short and long runs,” he said.

The Director-General also called on government to have the political will to review obsolete laws without imposing burden on the citizens.

“Also, social dialogue should be embraced by government and all stakeholders as a way or tool of addressing issues of industrial relations, socio-economic issues and issues of development,” Olawale said.