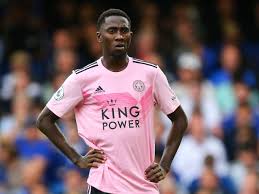 Leicester City midfielder Wilfred Ndidi could return as early as next week after making a speedy recovery from a groin injury.

Brendan Rodgers feared the Nigerian could miss up to three months of action after the enforcer suffered the injury in the Foxes 4-2 victory over Burnley at the end of September.

The midfielder underwent surgery and had been ruled out until Christmas following Rodgers’ initial diagnosis, but the Leicester Mercury now report he’s in contention for Leicester’s penultimate Europa League group stage encounter against Zorya Luhansk next Thursday.

Despite their injury woes to start the campaign, Rodgers’ side have begun the season brightly and currently sit fourth in the Premier League table just two points off the top after nine games.

However, as the Leicester boss said ahead of his side’s clash with Braga on Thursday evening, it’s all positive news on the injury front with Ndidi, Timothy Castagne, and Caglar Soyuncu all stepping up their respective recoveries.