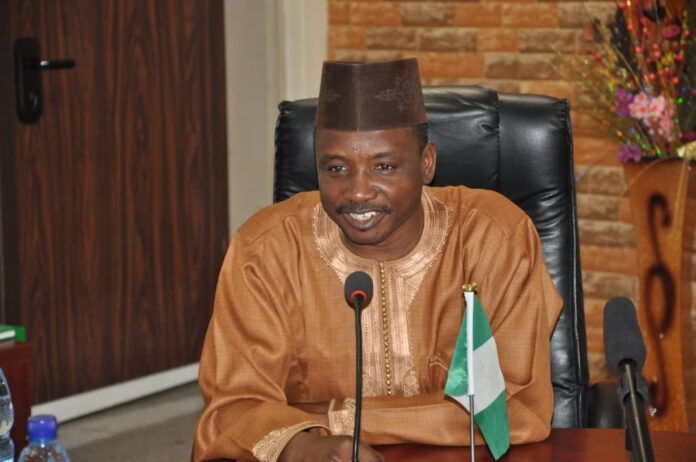 The National Directorate of Employment (NDE) has commenced the training of 100 unemployed persons in Edo under the sustainable Agricultural Development Training Scheme of the Rural Employment Promotion (REP) Programme.

The Director-General of the organisation, Dr. Nasiru Argungu, represented by the State Coordinator, Mrs. Ayo Edegbai, launched the training in Benin on Friday.

Argungu said that the training was designed to last for three months and that participants would be paid stipends “to enable them to fully attend the training”.

According to him, the programme is unique because it is a further proof that the Federal Government, through the NDE, is fully committed to its job creation and poverty reduction agenda.

He said: “Over 7,552 persons in Edo have benefited from REP programme, while over 150,000 persons have benefited generally from the NDE programmes and schemes in the state.

“The training involved both theoretical and practical training in crop production, animal husbandry and agro services.

“The objective is to enhance productivity, income and standard of living of the participants.”

The NDE boss said the scheme targeted interested unemployed youths, who would be trained in modern agricultural practices that abound for economic growth and wealth creation.

“The importance of this training cannot be quantified and it demonstrates the level of commitment and seriousness the present administration attaches to agriculture.

“The training will further empower the participants to boost food production as well as reduce poverty in the land,” he said.

Argungu described agriculture as the mainstay and revenue earner for Nigeria in the 1960s and 1970s.

“Unfortunately, the sector was neglected with the discovery of oil,” he said, while thanking God that a lot was currently being done to revive the sector.

He opined that the sector “can easily sponge up the unemployment crisis in the land”, if properly harnessed, because of the value chain benefits.