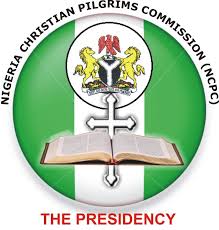 Pam made the disclosure during a solidarity visit by the Berom nation, led by the Gbong Gwom Jos, Da Buba Gyang, to Gov. Simon Lalong of Plateau in Jos on Tuesday.

He said the action was to ensure the safety of the pilgrims who normally returned at late hours to Nigeria and ply the roads at night from Abuja to Jos.

“Our people always take their flight in Abuja and sometimes they come back by 12 midnight from Israel and they would be on the road back to Jos and anything can happen.

“I pleaded with our air carriers that since I am a son of Plateau; let them have just one dividend of this office, which is to bring the aircraft to Jos to carry the pilgrims from Jos Heipang Airport.

“They have agreed and by the special grace of God, no more going to Abuja but we would be coming here to pick the pilgrims,” he said.

Pam said the visit was to thank the governor for recommending him for the appointment and commiserate with him on the damages and vandalism of public and private properties during the EndSARS protest.

According to him, NCPC is able to restore peace in the southern part of Kaduna, and will do same in Tiv and Jukun lands.

Earlier, the Leader of the delegation, Da Gyang commended the governor for his peaceful efforts and inclusive governance.

He also thanked him for finding a son of the Berom nation worthy to be recommended as the executive secretary of the commission and appealed to the members of the ethnic group not to put him under pressure.

“Yakubu Pam is not there to serve the Berom nation only. It is a national office. He is there to do national service, let us help by not putting undue pressure on him,” he said.

Gyang prayed for wisdom and guidance for the governor to discharge his duties diligently.

In his remarks, Gov. Lalong said his major cardinal policy was to ensure peace in the state.

He thanked the Gbong Gwom Jos for his counsel and guidelines regarding issues of security challenges in the state, saying it had yielded positive results within a short period.

Lalong said the youth who were engaged to implement community policing have concluded their training programmes and were ready to commence work.

He expressed confidence that the NCPC boss would perform his duties diligently, saying the people of Plateau are always outstanding in their endeavours.

“Plateau people have always performed well. A Plateau person performed well in the Senior Secondary School Certificate Examination and was given a scholarship,” he said.

It was reported that the appointment of Pam took effect from June 26, 2020 and would last for five years.