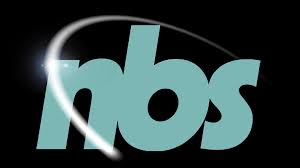 Musa made the call when officials of the Nasarawa State AIDS Control Agency (NASACA) paid him a courtesy visit in his office in Lafia on Wednesday.

“If more funding is provided to the agency, it will go along way in combating the HIV and AIDS pandemic in the state.

“I am appealing to the Nasarawa State Government to intervene and ensure adequate funding to the agency to boost the fight against the disease in the state,” Musa, who is also a member of the Board of the Newsmen, said.

He commended the agency for its efforts at creating awareness on the dangers of contracting the disease and the preventive measures.

He also assured the agency of the station’s commitment to create more airtime for its enlightenment programmes.

The general manager also called on other relevant stakeholders in the state to collaborate with the agency in order to achieve the goal of eradicating the disease.

Earlier, the Executive Director of the agency, Dr Ruth Bello, said the visit was to solicit for more airtime from the station to enable the organisation to effectively fight HIV and AIDs in the state.