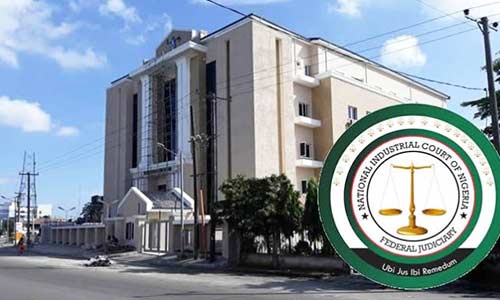 Reacting to Nigerian NewsDirect on the outcome of the judgement, the Oyo State Chariman of RTEAN, Comrade Idowu Kamorudeen Ayofe said the court verdict is commendable, indicating that the association will be successful under the leadership of Alhaji Musa Mohammed.

Idowu, who expressed happiness over the judgement delivered in favour of Alhaji Musa Mohaamed, stated that he is capable of moving the association forward.

“Right from the beginning, there is no good leader in RTEAN, but this Alhaji Musa is a good leader..He has focus to move association forward and that is the kind of leader we want”

Earlier the claimants, RTEAN and some National Executive members including some State Chairmen, dragged the defendant, Isiwele before the court for determination and declaration of some prayers.

The defendant who was re-elected as the National President of the Union in April, 2018 was removed on August 31, 2018 on allegations bordering on embezzlement and infractions, including violation of the Union’s constitution.

The defendant who later tendered his letter of resignation which was accepted by the Union, however in a twist said he was forced to resign and said he was still the President of RTEAN.

The claimants were therefore seeking for a declaration of the court that the defendant has ceased to be a member or hold any office in the Union from September 3, 2018.

In a judgement delivered by Justice Olufunke Anuwe, the defendant, Alhaji Isiwele ceased to be the member of the association.

Speaking to our correspondent after the judgement in Abuja, the counsel of the claimant, Barr. Sule Shaibu said that truth cannot be hidden as far as matter is concerned, saying that the victory was well deserved.

Shaibu asserted that going by the Judgement delivered by Justice Olufunke Anuwe, the defendant, Alhaji Isiwele is no longer a member of the association.

He advised the party that lose the case to reconcile with Alhaji Musa Mohammed and his supporters so as to move the association forward.