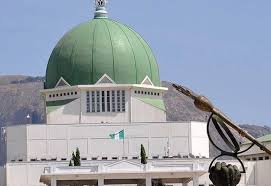 Bala, who led the House Committee on oversight visit to the Administrative Staff College of Nigeria (ASCON), Topo, on Wednesday, lamented the five-hour trauma his delegation experienced on the Lagos-Badagry road.

Newsmen report that Lagos State Government is responsible for the Iganmu – Okokomaiko section of the highway, while FERMA is handling Okokomaiko – Agbara axis of the road.

Also, the Federal Government on Oct. 24, 2018 awarded the reconstruction of the 46km Agbara – Seme section of Badagry expressway to CGC Nigeria Limited at a sum of N63.2 billion.

The contractor had since abandoned the project.

“The chairman of Works committee was here with us and he said what they put in this year’s budget for the road was N280 million only.

“The allocation is a mere joke which cannot go anywhere.

“We have passed through the road and discovered that the expressway is not even from one state to another state but an international road which needs Federal Government attention.

“We will try and see other members of the committees on Appropriation and Works to see what they can do to actualise the Lagos-Badagry expressway project,” he said

Bala, (APC Tsanyawa/Kunchi Federal Constituency, Kano) assured the people of Badagry that the National Assembly would ensure sufficient amount of money was allocated for the project.

“Even if we need to meet the Minister of Works and Housing, Mr Raji Fashola, on the road reconstruction, it will be done.

“There is no way ASCON and other establishments will function well when the road that should take just 45 minutes now takes between four and five hours.

“Not to talk of the trauma and fatigue one passes through while plying the road. The stress is too much.

“So, I really sympathize with the people plying the road daily and I think the National Assembly needs to hear from some of us that have come here.

“I can assure you that we are going to actualise the construction of bad portions of the road,” he said.

On the committee’s visit to ASCON, the chairman commended the management of the institution for maintaining a simple, clean, and serene environment.

“The Committee is impressed with the way they maintain the structures of the college, though it was built in 1970,” he said.

Bala promised that the committee would do everything possible to help ASCON to grow better to fulfill its mandate of providing management training for public servants.

“However, I’m calling on the management of the institution to improve on their internally generated revenue,” he said.

Responding, Director General (DG) of ASCON, Mrs Cecilia Umar-Gayya, said most of the structures built at the college in 1970 were leaking and needed maintenance.

She said that the budgetary allocation for the institution was meagre, adding that the college was owing N131 million it spent on purchase of diesel to power its generators due to irregular power supply.

The DG said that the college could not afford to buy a new vehicle since 2007 because of lack of funds.

Umar-Gayya urged the House Committee to assist the college to increase its budgetary allocation so that it could meet its obligations.