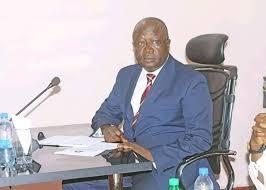 Dr Emmanuel Akabe, Deputy Governor of Nasarawa State has donated two plasma television, 50 plastics chairs and a set of table tennis and its accessories to Nigeria Union of Journalists (NUJ).

Speaking during the donation on Monday in Lafia, Akabe said that the gesture was in fulfillment of the promise he made when members of the NUJ paid him a courtesy visit in August.

He also donated N100, 000 to be used as price money for the winners of table tennis competition, to be organised by NUJ to promote sports in the state.

“You should organise table tennis competition for male and female journalists in the state and the N100, 000 be used as price for winners,” the deputy governor explained.

He added that the television and chairs were donated to improve facilities at the Press Centre in Lafia and make it conducive for journalists to relax after the day’s work.

He noted that journalists have contributed a lot to the development of the state by publicing the activities of the state government.

He said that Gov. Abdullahi Sule’s led administration would continue to support journalists.

The deputy governor also appealed to journalists to always adhere to the ethics of their profession and avoid tendencies that would bring disunity in the country.

Akabe, therefore, appealed to other well meaning individuals to support NUJ to make the press centre more viable with state of the acts facilities.

Earlier, Salihu Alkali who led other state working committee members of NUJ to the deputy governor’s office, expressed gratitude for the gesture.

He promised that the items would be use judiciously.

He also promised that the leadership of the union would ensure highly disciplined and professional practice in the state.