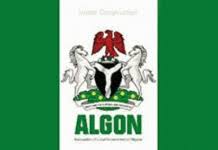 The Nasarawa State chapter of the Association of Local Governments of Nigeria (ALGON) is to partner with the state Council of the Nigeria Union of Journalists (NUJ) to train information officers serving in local government councils.

The Chairman of Lafia Local Government Area (LGA), Aminu Maifata, made the disclosure on Tuesday in Lafia, when the NUJ State Executive Committee members visited him in his office.

Maifata, who doubles as the state chairman of ALGON, said that it had become imperative to train and retrain journalists, in view of the emerging digital era.

He said that training was one cardinal component of his administration and that journalists would not be left out.

“Our information unit is doing well in projecting the activities of the council. Therefore, we will ensure they are properly trained.

“As the ALGON chairman in the state, I will discuss with my colleagues in our meeting to make sure that our information officers receive adequate training to build their capacity.

“I know other local government chairmen will key in and I promise to get back to you, to work out modalities to commence the training in the 13 LGAs of the state,” Maifata said.

He commended journalists in the state for partnering with him in the past two years of his administration.

He donated 55-inche plasma television to NUJ on behalf of the local government and promised that ALGON would support the union where necessary.

Earlier, the NUJ Chairman, Salihu Alkali, thanked Maifata for the efforts of his administration in the last two years toward the development of the area.

He also commended the council for ensuring adequate security for lives and property in the area.

The NUJ chairman had said the union would soon submit a proposal for the training of information officers of the LGAs, who were registered members of NUJ.